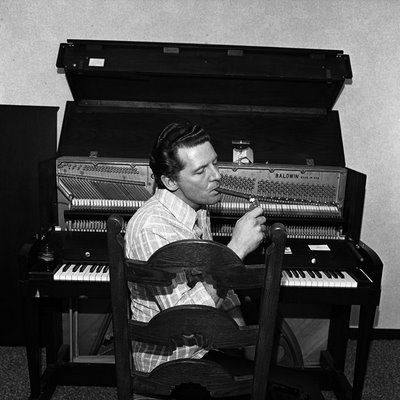 Among the 39 photos are cool shots of Jerry Lee Lewis (pictured at top), Dolly Parton, Waylon Jennings, Emmylou Harris, Loretta Lynn, Bill Monroe, Porter Wagoner, Mother Maybelle Carter and Tex Ritter (pictured below). Most are shot backstage or in parking lots; there are few performance scenes. Many of the photos began their lives as quick news shoots or album and promotional art. These images are fun as a hall of fame and a nostalgia trip of bouffant hairdos, bushy sideburns, polyester clothes and big cars. But most are more interesting for whom they show than their artistry. 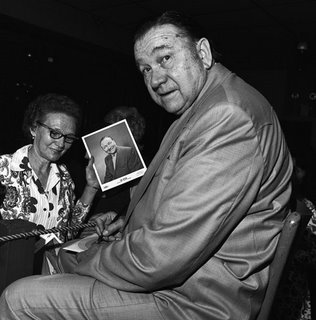 Inspired by Diane Arbus photos from the ‘60s and Walker Evans’ Depression-era shots, Horenstein shot in a blunt, gritty documentary style with his medium-format Rolleiflex. In retrospect, the ‘70s was a highwater mark for modernist photography. The work of photographers like Edward Weston, Ansel Adams and Aaron Siskind, which emphasized the formal and abstract qualities of photos, was finally beginning to be accepted as art by museums. Arbus, Lee Friedlander and Garry Winogrand’s documentary photos were getting attention. Then postmodernism spawned the deadpan, dour, posed, increasingly artificial photography that has come to dominate the form today. In art photography these days, no one seems to be having much fun. 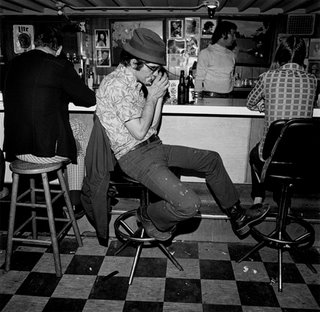 So it’s notable that in the “Honky Tonk” catalogue, the ratio of people smiling to people not smiling is about 50-50. In the RISD exhibition, though, non-smilers outnumber smilers by 2 to 1 resulting in a harder tone. I suspect this is because the book is geared toward country music fans, while the exhibition is designed to showcase Horenstein’s artistic bonafides.

I so hope you'll visit to review "Looking at Animals: Photographs by Henry Horenstein" opening 9/28 at the Harvard Museum of Natural History, www.hmnh.harvard.edu. The press preview is at 4 pm on Thursday the 27th. We'd also appreciate a link with the museum's free hours (same free hours as the adjoining Peabody Museum of Archaeology and Ethnology). Thanks for considering. Blue Magruder
bmagruder@oeb.harvard.edu