MFA confirms appointment of Saywell as director of west wing 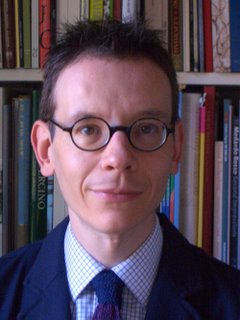 Boston’s Museum of Fine Arts sent out a release today formally announcing the appointment of Edward Saywell as director of the museum’s west wing, confirming The New England Journal of Aesthetic Research’s Sept. 15 report. The move, combined with building plans, seems a signal that the MFA is gearing up for an increased emphasis on contemporary programming.

“The potential for the West Wing to be one of the most ambitious venues for special commissions and contemporary installations in the United States is enormous,” Saywell, who assumes the new job on Oct. 9, said in the press release. “We plan to create one of the most inviting public spaces in Boston, an exciting and welcoming place where audiences of all ages can engage with our growing contemporary collection and vibrant programming.”

The west wing will be devoted to contemporary art as part of the museum’s renovation and expansion, which is scheduled to be completed in late 2010. The MFA says the West Wing will offer 23,000 square feet for “the display of contemporary and late 20th century art.” I’m checking if this number represents just gallery space or other uses as well. But if it’s just exhibition space it is a major move: The MFA would offer 27 percent more space than the 18,000 square feet of galleries at the new ICA, which tripled the exhibition space that institution had.

Saywell, the announcement says, will “increase the cross-departmental dialogue about what it means to collect contemporary art in an encyclopedic museum” by linking contemporary art acquisitions in the museum’s departments of prints, drawings and photographs; textile and fashion arts; musical instruments; art of Asia, Oceania and Africa; art of the Americas; and art of Europe. And he will “facilitate the display of the museum’s collection of contemporary art in the renovated west wing.”

Saywell joined the MFA in September 2006 as an assistant curator of prints and drawings. He spent the previous nine years working at the Harvard Art Museums, where he was a curatorial associate of drawings. While there from 1999 to 2005, the MFA says, he guided the drawing department’s acquisitions of modern and contemporary art. At Harvard, Saywell organized exhibitions of the sculptor Christopher Wilmarth, the painters Alfred Jensen and Forrest Bess, and “a number of group shows of contemporary drawings.” He received his MA at the University of St. Andrews in art history and modern history as well as an MA in combined historical studies from Warburg Institute, University of London. He is currently working on his Ph.D at the Open University in the United Kingdom.