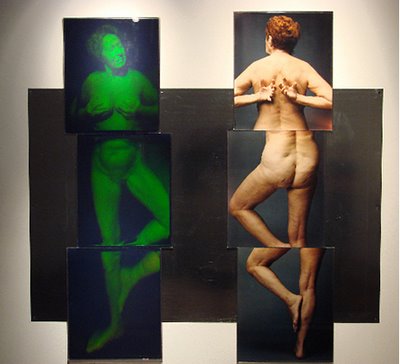 From my review of “Harriet Casdin-Silver: Self Portraits” at Gallery NAGA:

Harriet Casdin-Silver’s self-portrait show at Gallery NAGA was scheduled before she died from complications of pneumonia in March at age 83, but now it serves as a memorial. The Brookline artist began making holograms in the late 1960s, and she was called “America’s foremost art holographer” (are there others?) by DeCordova Museum curator Nick Capasso when the museum mounted a retrospective of her work in 1998.

Casdin-Silver was part of a tradition of Boston-area artists — including Harold Edgerton, Berenice Abbott and, today, the Collision Collective — who push science toward art. For her, techno razzle-dazzle was a means to an end. “A lot of people use light to get technical effects,” she told me last year. “That was never my mission. My mission was to help women grow in every way — psychologically, sociologically, and in belief in themselves.” This feminism helped drive her work of the past two decades, which focused on coming to terms with and celebrating aging and the body, and particularly aging human female bodies in all their imperfections.

Related:
My report on Harriet Casdin-Silver’s March 2007 show at Gallery NAGA.
My obituary for her when she died in March 2008. 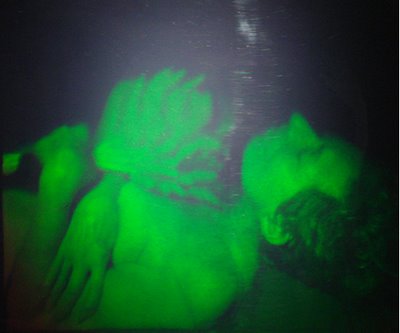