From my review of Joe Johnson at Gallery Kayafas in Boston:

Joe Johnson's large color photos of nocturnal Boston were a sensation when he graduated from MassArt in 2004. They might have been a bit too reminiscent of Edward Hopper, but then, that was part of their appeal — that fix of the lonely noir city at night.

He left Boston to teach at the University of Missouri. Now, Gallery Kayafas is exhibiting his recent large color photos of Midwest mega-churches. One photo shows endless rows of gray stadium seating. Another depicts what looks like a TV anchorman's desk (surrounded by glowing TV screens) plopped down in the middle of a Roman villa. Still other shots show an artificial Eden behind too-white columns, a plaster jail liberally doused with fake blood, a neon outline of a dove in front of balcony seats, the pattern of a vast carpet. There's a chintzy, synthetic, mall style to the churches that seems quintessentially early-21st-century American. 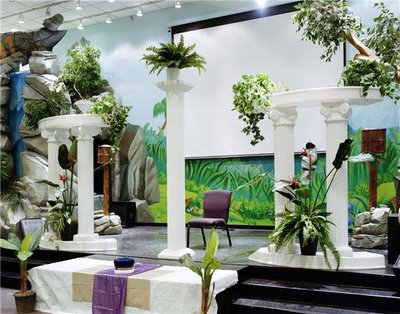 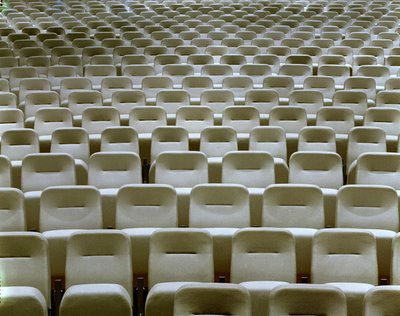 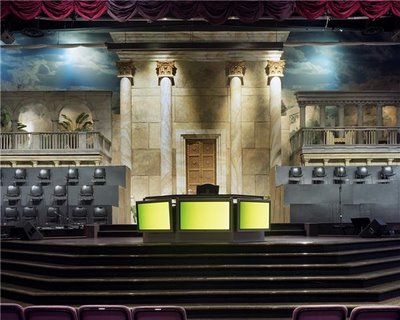 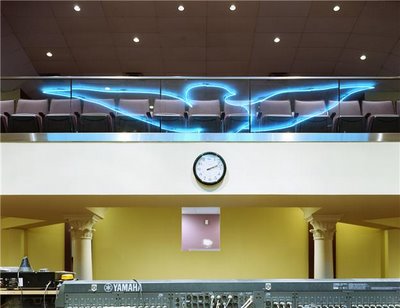 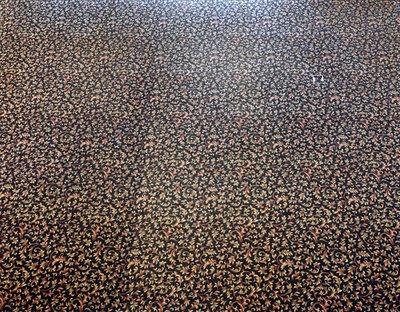 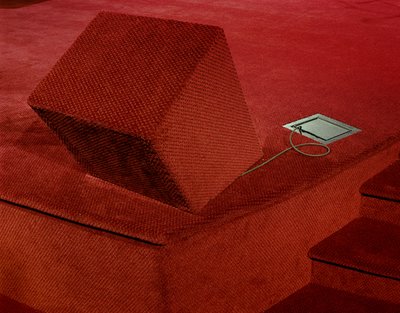