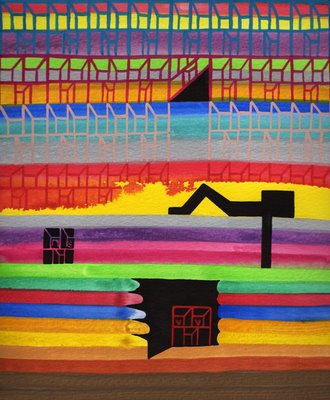 From my review of “Sound Beings: Erin Rosenthal and Leif Goldberg” at Stairwell Gallery:

In the front window of Stairwell Gallery sit Leif Goldberg’s life-sized coyote-man marionette, which itself is operating a snake marionette, and some of Erin Rosenthal’s “Garbage Dancers,” little bird or tree rod puppets inside pulped-paper shells that she calls “primitive toys for modern times” and “worry dolls.” “Sound Beings,” the exhibition by the Providence couple and Fort Thunder alums (through April 3), is filled with magical, mystical rainbow-bright visions of and for a worried world.

Read the rest here. It also talks about Barkley Hendricks’s landscape paintings at Rhode Island College’s Bannister Gallery, plus Hannah Barrett’s paintings (which I wrote about previously) and “Nazi Persecution of Homosexuals: 1933-1945,” at the University of Rhode Island. 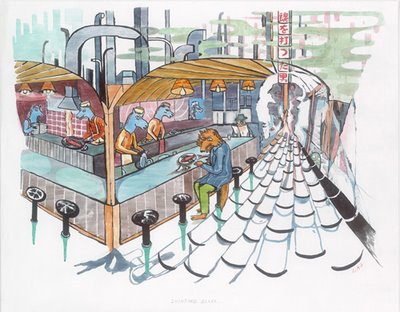 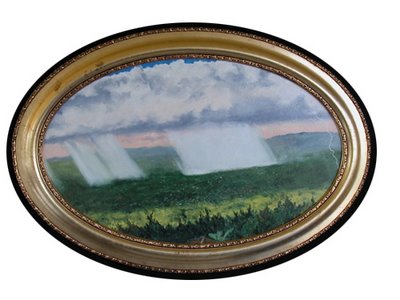