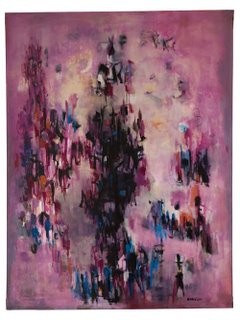 All three were purchased at the African-American Fine Art Sale at Swann Auctions in New York. The MFA reported that it “purchased the Lewis for $312,000—the highest price ever realized at auction for an abstract work by an African American artist, and an auction record for any work by the artist. The Simon, which also set an auction record for the artist, was purchased with museum funds raised by the MFA’s Heritage Fund for a Diverse Collection—an art acquisition fund established in 2005 for the purpose of diversifying the Museum’s collection of American art.”