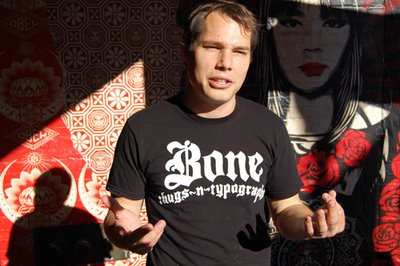 Shepard Fairey (above) postered Cambridge on Oct. 13. Here’s my report:

Fairey and his crew of three punky glue-spattered assistants (plus an art curator) pour out of a maroon mini-van and unload buckets of paste, brushes, a ladder, and a wheeled suitcase full of his screenprinted posters onto the sidewalk. It’s around 2 pm on a sunny, crisp October Monday. And the guys are preparing to poster two walls in bustling Harvard Square.

Fairey is one of the most famed street artists (the refined term for people who do what used to be known as graffiti) in the world. His work seems to be everywhere these days — and it actually is in the case of the iconic red-white-and-blue Barack Obama “Hope” poster that he produced this spring. The 38-year-old Los Angeles artist first gained notice nearly two decades ago as a student at Rhode Island School of Design when he began (illegally) plastering Providence — and then the world — with stickers featuring the wrestler (and actor in the 1987 film The Princess Bride) André the Giant. Later versions were amended with the word “Obey.”

“I realized that getting people to question all the imagery they’re inundated with daily,” Fairey says, “was something that was actually somewhat important to, I think, the way people communicate, and the way people can either question the use of public space or just passively submit. So then that’s why the idea of making an image that confronted people with the idea of obedience.”

In addition to the Harvard Square posters, the ICA lined up officially approved spaces for Fairey to poster at a Montgomery Street fence in Boston’s South End; the International Bicycle Center in Allston; the boutique Grand in Somerville’s Union Square; the graffiti wall around the corner from Central Kitchen in Cambridge’s Central Square.

Photos by The New England Journal of Aesthetic Research. A few more are here. 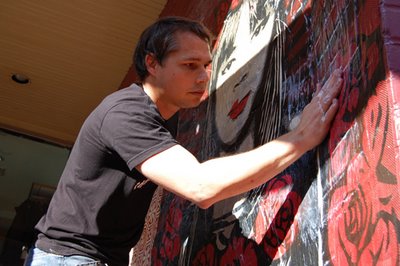 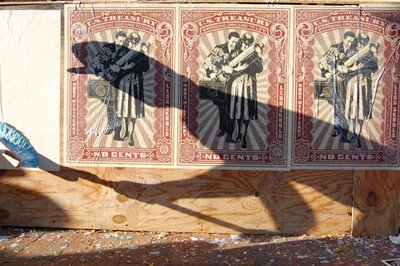 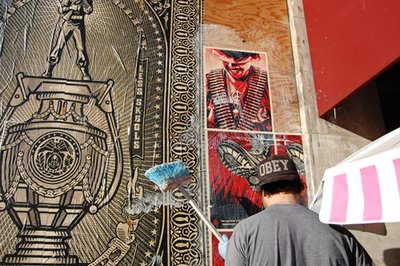 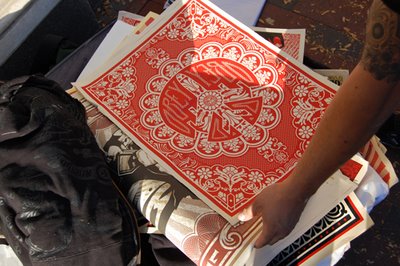 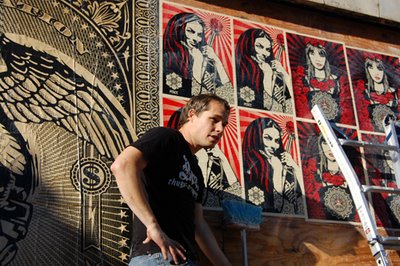 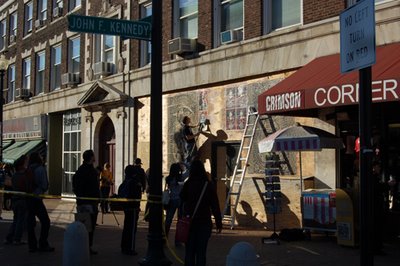