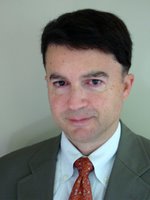 Michie will fill the position previously held by Tracey Albainy, who died in December 2007.