Here is the 2008 Boston Art Awards Ball at the Beehive last night as photographed for The New England Journal of Aesthetic Research by the marvelous Jane Cunningham.

Pictured from top to bottom:
1. Master of ceremonies Greg Cook of The New England Journal of Aesthetic Research and The Boston Phoenix.
2. Cook presents Judy Haberl the critics’ pick award for photography.
3. The burka people.
4. Cook presents the people’s choice award for prettiest exhibit to Rachel Rosenfield Lafo and Nina Bozicnik for organizing the DeCordova Museum’s exhibit “Drawn to Detail.”
5. Jane Marsching of Platform2 comes up to receive the critics’ pick award for public exposure for the collective’s “Parade for the Future.” Behind her Rebecca Siemering of Providence Art Windows arrives to receive the people’s choice award in the same category.
6. The Iron Guild.
7. Emily Isenberg, Michael Brodeur of the Phoenix, and Evan Garza of the Center for Latino Art and the Phoenix.
8. Big Red & Shiny’s Matt Nash and James Nadeau, who helped organize the party (thanks Redheads).
9. Cook presents the critics’ pick award for locally-curated historical show to Samuel Scott for curating “To the Ends of the Earth” at the Peabody Essex Museum. 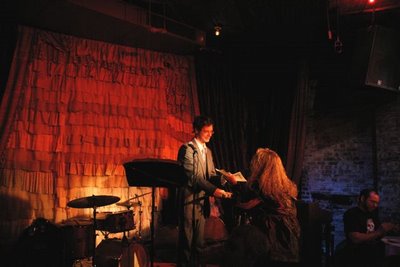 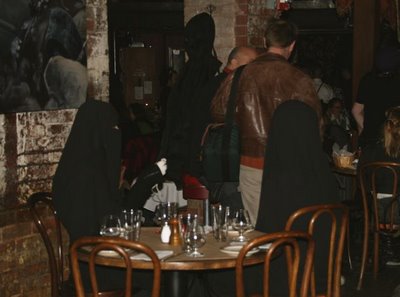 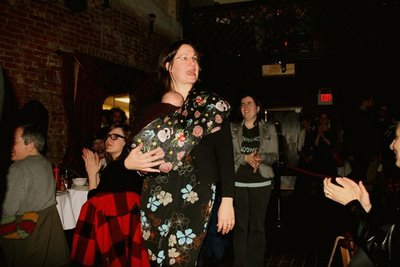 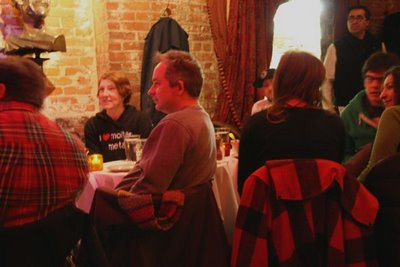 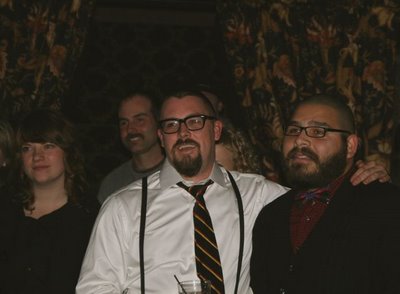 We had a great time last night at the awards. . . thanks for all your effort. . . and for your blog on The New England Journal of Aesthetic Research...

I see the burka people have their own blog...
theburkapeople.blogspot.com