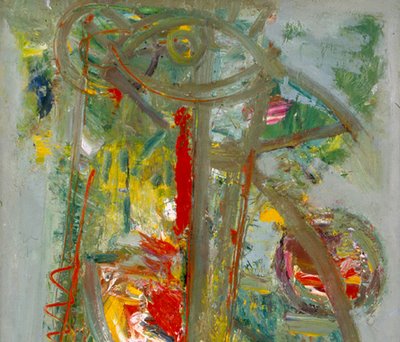 From my review of “Hans Hofmann: Circa 1950” at Brandeis’s Rose Art Museum:

A long time ago (say 70 years), in a galaxy far, far away (New York), a tired band of rebels ached to be the Next Big Thing. These artists had their eyes on the hot stuff coming out of Paris — Cubism, Dada, Surrealism — while the Paris artists themselves were coming out of Paris, fleeing Hitler. With the European avant-garde taking refuge in the Big Apple, and democratic Europe fighting for its survival, the New York art gang kept right on painting.

One of those European expats was Hans Hofmann, a German who had studied in Paris, hung out with Picasso and Matisse, and taken Picasso's Cubist compositions and Matisse's feel for color to heart. He came to the US to teach in 1930; Hitler's moves persuaded him to settle in New York two years later. There, and in Provincetown, he opened his own schools, where he taught a generation of artists that included Larry Rivers, Red Grooms, Joan Mitchell, Ray Eames, and Allan Kaprow.

Hofmann became known as a thinker and a theorist of abstract painting. He explained how overlapping shapes and suggestions of shadows could create a dynamic "push-pull" tension between the flatness of the canvas and illusions of depth. He spoke of the emotional jolt colors could pack. He believed in improvisation. Via his teaching and writing and public speaking, his ideas went viral. They became central to the Next Big Thing, which came out of New York in the wake of World War II. It became known variously as Action Painting and Abstract Expressionism.

The new stars — Jackson Pollock, Willem de Kooning, Mark Rothko, Franz Kline, Barnett Newman — were men in their late 30s and 40s who made big bold macho paintings with tangles of slashing lines or great fields of color. Hofmann, a generation older, kept painting, but his ideas, the theoretical underpinnings for many artists' experiments in abstraction, overshadowed his abstract canvases. The sharp, scholarly exhibit "Hans Hofmann: Circa 1950" arrives at Brandeis's Rose Art Museum still mulling over whether his painting was as important as his thinking. Curators Michael Rush, the Rose's director, and Catherine Morris, an independent operator, say yes. 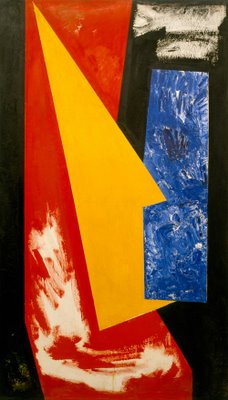 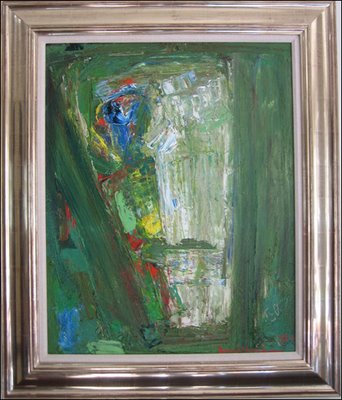