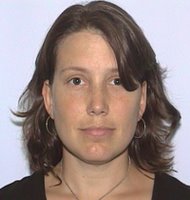 Julia Hechtman (left) plans to leave Proof Gallery at the end of May. She and co-founder Kara Braciale opened the South Boston gallery in September 2007. It will remain in operation.

“I’ve really loved being at Proof,” Hechtman tells me, “but it’s hard to do and teach and have an art practice. Something had to give.”

Hetchtman and Braciale met in Chicago, where they’d both gone for art school. Hechtman was still living there in spring 2007 when Rebecca Gordon, director of Second Gallery in Boston, announced she would be shutting it down to go to Chicago for art school. Gordon offered her space rent-free (her family owns the building) to whomever put forth the best proposal for its continued use as an experimental gallery.

It was an amazing deal. She selected Hechtman and Braciale, who was then living in Worcester, to create what’s become Proof. The two women ran it as co-directors. Braciale will now be director, Hechtman says. William Matelski, an intern who became the gallery’s assistant, will serve as assistant director.

The gallery is in the midst of applying to become a nonprofit. Hechtman, who teaches at Brandeis and Northeastern, plans to spend the month of June on an artist’s residency making photographs and videos in Iceland. She’ll still have ties to the gallery. At Braciale’s invitation, she plans to serve on its new board.