Ernest Morin and the future of Gloucester 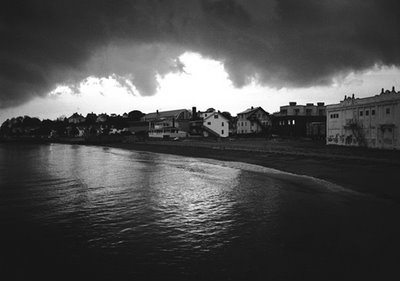 One of the debates rumbling through Gloucester right now is what will be the future of a ramshackle neighborhood there of tenements, hard factories and crooked streets that they call the Fort. The mayor is leading a charge to rezone it and transform it, build condos and a Marriott hotel.

My pal Ernest Morin of Gloucester, who has been intensely photographing the city for seven years, is skeptical. He proposes shoring up the fishing businesses, and preserving the character of the neighborhood. “Businesses all have a niche,” he wrote in a letter to the Gloucester Daily Times. “Gloucester's niche is that it is a real place, that is what we have to offer and it is of real value.” 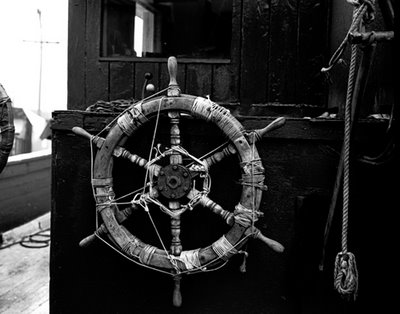 Lately he’s stepped up his documentation of the neighborhood, roaming its streets and haunting the factories, fearing they’re now endangered, recording what he can before the mayor and the hoteliers get their way. But he’s not giving up yet. At Gloucester City Hall at 7 p.m. Thursday, July 24, he’ll present a slide show of 155 of his black and white shots of the Fort (some seen here). He’ll be joined by a couple painters and an anthropologist to talk about what the Fort means to the city and how that might be saved.

The Fort sits on a peninsula that shelters the fishing city’s inner harbor. The name comes from fortifications erected at the end during the Revolution then War of 1812 (Fort Defiance) then Civil War. It seems as if it has always been one of the centers of the city’s fishing industry – now wharves, fish processing plants, an ice factory. Here is where they invented frozen fish. Here is where the immigrants settled, the Irish and Portuguese and Sicilians. Here is where poet Charles Olson watched the harbor from his second-floor apartment and wrote. 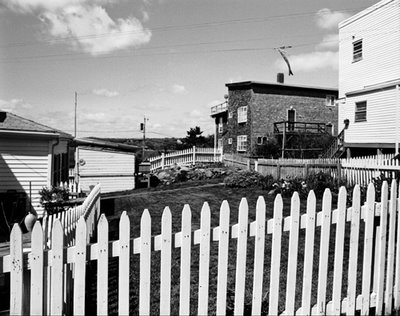 Morin is an excellent photographer, in the classic, gritty, crisp street shooter mode. (Check out his astonishing, eerie photo of a synagogue that burned in a fatal fire in Gloucester one icy night last December.) But what’s especially interesting is how he’s yoked his art to his activism.

When Morin presented the first big public slide show of his Gloucester photos at Gloucester City Hall in 2006, several hundred people attended for what turned out to be one of the best art events in the region that year. “Somehow Morin turned a PowerPoint slide show into a ravishing aria to the hardscrabble glory of the great seaport – followed by a sobering public discussion of what can be done to preserve it and how to adapt to remain vital,” I wrote that December. “Too often artists pay lip service to community engagement, but here an artist sparked a real community dialogue.”

Thursday he aims to do it again. Don’t miss it. 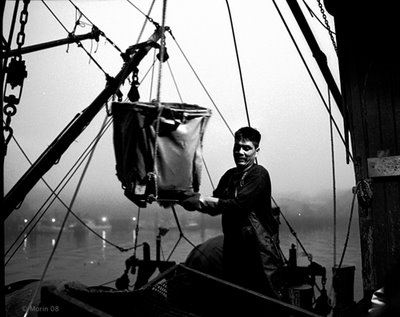 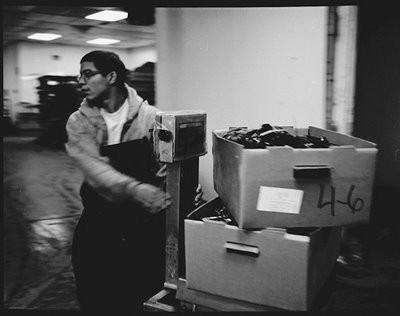 Is a slide show of the Fort section of the Gloucester waterfront, an area that was predominately inhabited by Sicilian fisherman in the 1920s and retains its Mediterranean feel. It is a mixture of Fisheries related business and fishing boats and a real neighborhood with a beach front. It is also perhaps the most original and unique neighborhood in America.

Clarence Birdseye set up his frozen food factory there in 1916 and it is now slated to become a Marriott Hotel. The area is facing a major rezoning and inevitable changes. Changes that will forever alter the social fabric of this working-class neighborhood, as the Marriott stated to the Gloucester Times they want their "Sight lines cleared" because "when their guest arrive, they expect to arrive ‘somewhere’"... so why are they interested? Million dollar ocean views 45 minutes north of Boston.

I felt it was important to take the proverbial snapshot of the area before the Marriott moves in, their gentrification takes place. I thought the town should understand what is there right now has a real value and will be forever lost.

Change is not always progress, the world doesn't need another Newport, Rhode Island, or seasonal resort in the middle of a fishing port. The problem with such developments is they drive out the very character of a Place.

This work is about the nature and value of Place, something that has never been highly valued in America. We do not need to look like one huge shopping mall from sea to shinning sea... a veritable wasteland of dunkin donuts and Abercrombie and Fitch and Car dealerships as far as the eye can see.

I'm just trying to document what I see as a vanishing race, the American working class, or now, the working poor. The Fort is a microcosm of Gloucester and Gloucester is America. 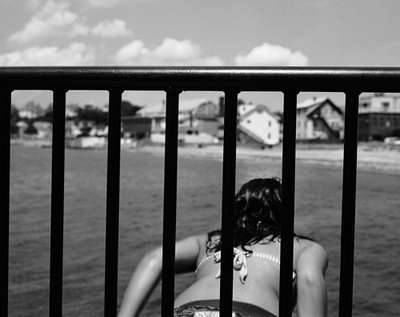 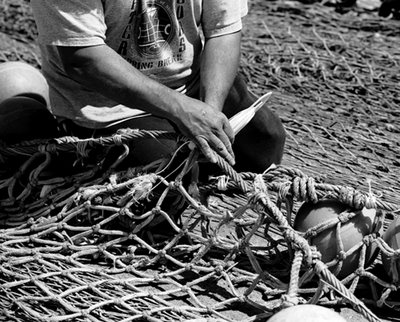 Ernie is my uncle-I am a native of Gloucester. I am so happy that there are people like my uncle willing to speak up to preserve that great city. He is an amazing artist. Thank you for supporting his great work.