Over the weekend the Beverly Farms Horribles Parade mocked the Gloucester High School pregnancy boom – and it was a nasty, mean-spirited affair.

Which is not how I was feeling last week when I posted photos of Gloucester guys at Gloucester’s St. Peter’s Fiesta dressed up as pregnant Gloucester girls – as well as the news crews that chase them. Maybe because I was at the Gloucester event, I took it generously. It struck me as a wicked joke, but also filled with a weird sort of pride. Goofing on but also standing up for the girls and the community, particularly by mocking the media for blowing the thing out of proportion. Maybe I was being too generous.

I wasn’t at the Beverly Farms Horribles Parade, but, as video of the event by the Beverly Citizen shows, it included a giant penis on the front of a pickup truck spraying water on the crowd (see above), a giant sculpture of a woman with her legs spread to give birth, and teen dancing girls dressed up to look pregnant (see below). Signs on the floats read “GHS girls went to band camps, came back pregnant tramps”: “She smelled like tuna, I should have pulled out soona”; “Knock ‘em up High, where expectations are Low, Gloucester, MA”; “Want to go on a whale watch? We hump for free.”

I adore true horribles parades for poking the powerful. And certainly Gloucester’s teen pregnancy boom offers stuff to joke about – and worry about. I’m not bothered by the giant spewing penis (art school 101, dude), but by the mean tone of the thing, the posters in particular.

Maybe it’s getting to me because it strikes me as a lot like the corrosive talk about the Gloucester pregnancies on local right wing talk radio, 96.9 WTKK. Instead of being concerned for the girls and their babies, the radio hosts have called the Gloucester girls sluts, and predicted they will end up on welfare and their babies will turn out to be criminals. And then argued that what the girls need is a public shaming, because they believe this will head off future teen pregnancies. For real.

This isn’t teasing the powerful. This is powerful people picking on a handful of high school girls. 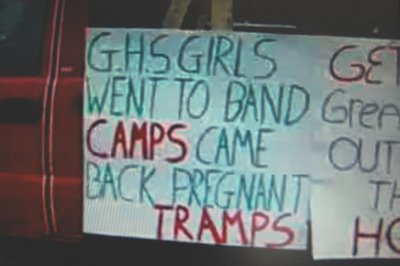 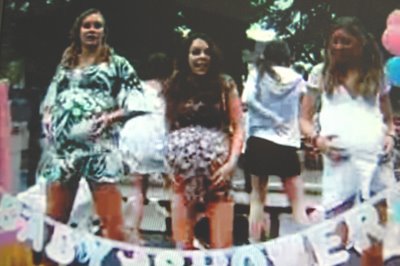 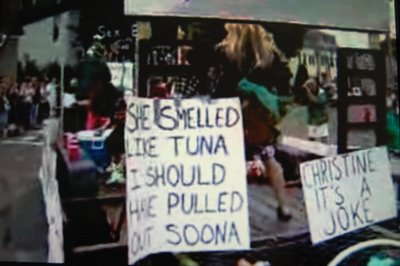