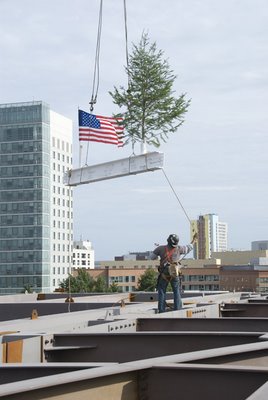 Yesterday afternoon, Boston’s Museum of Fine Arts “topped off” its under-construction Shapiro Family Courtyard by placing the final beam atop the steel structure. Last week the MFA announced that it had raised $504 million in its “Building the New MFA” campaign, $345 million of which is targeted for the museum’s renovation and expansion, which is expected to be completed in late 2010.