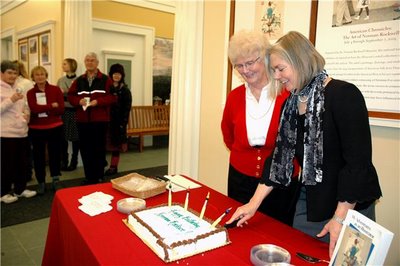 The Norman Rockwell Museum announced yesterday its formation of a new center for the study and sharing of illustration art. The announcement was delivered at an event marking the Stockbridge, Massachusetts, institution’s 40th anniversary year and Norman Rockwell's 115th birthday. The event also included the launch of the public phase of the museum’s $25 million fund-raising campaign.

The Rockwell Center for American Visual Studies aims to bring greater scholarly attention to the art of illustration. The center’s launch is funded by a $150,000 pilot grant from the Institute of Museum and Library Services, according to the museum.

Joyce K. Schiller (pictured below), an expert on American illustration art who serves as curator of American art at the Delaware Art Museum, has been appointed the center’s first curator. She is expected to begin work in May. 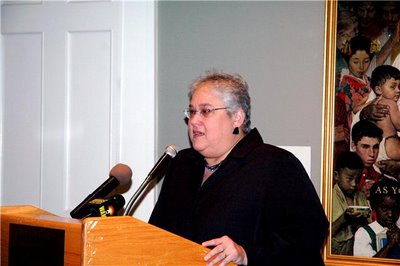 Shiller tells me that she has long found that illustration is an area largely untouched by scholarship, and hopes to foster for the field the sort of serious scholarly attention that fine art routinely gets. She says she’s impressed by the leadership of the Rockwell Museum – in particular Director Laurie Norton Moffatt’s support for scholarship about Rockwell, regardless of whether individual scholars are admirers of Rockwell or not. “The discussion is more important than everybody agreeing,” Schiller notes.

Schiller’s current job covers (primarily) American art from the 18th century to now. She has a specialty in illustration from the mid 19th century to the 1930s.

She says she is fascinated by books and art that tell stories. She recalls the thinking of her professor Wayne Andrews, when she was studying for her art history master’s degree at Wayne State University in her home town of Detroit in the 1970s. He taught her that “art is not created in a vacuum. It reveals its time, its culture, its people as much as anything else. … And illustration is one of those wonderful nexus points.”

The center will host “ProjectNorman,” a 10-year-long project begun in 2003 to digitize the museum’s collection and put all of it online. The project’s website is scheduled to go live in November 2009. The initial offerings will primarily present 40,000 of Rockwell’s reference photos, amounting to about a quarter of the museum’s collection. The project has received $1.5 million in funding from various foundations and federal agencies, the museum says.

The museum announced the public phase of its “Sharing Rockwell’s Legacy” fund-raising campaign, which has brought in $18 total donations and pledges since it was quietly launched in 2006, the museum reported. Art (gifts and pledges) account for $10 of that total. It is a comprehensive campaign to fund the center, ProjectNorman, education programming, operations, collection care, and the museum’s endowment. The museum aims to raise $25 million.