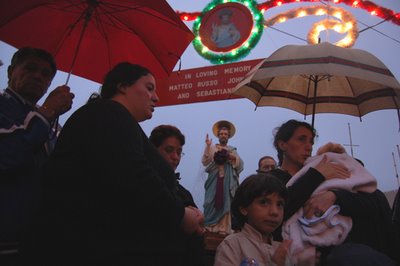 St. Peter’s Fiesta, Gloucester’s great annual Catholic-Italian-fishing-drinking festival, is one of my favorite events of year. People parade through the streets carrying statues of saints and shouting blessings. Men dress up like women and clowns and try to step across a horizontal, greased telephone pole to grab a flag off the end. And it is the city’s great homecoming, as friends and family return to Gloucester for the occasion.

The festival ended on Sunday, June 28. I keep thinking about Fiesta Tuesday when men carried the statue of St. Peter to the beach in the rain as a crowd followed behind. There they dedicated this year’s events to Matteo Russo and his father-in-law John Orlando, two fishermen who were lost at sea in the dark early hours of Jan. 3. It’s unclear just what happened, but so far the most likely scenario seems to be that their boat, the Patriot, may have been flipped when it collided with a tug’s towline 15 miles offshore. Russo had owned the 54-foot-long steel-hulled trawler for not quite a year.

The photo above shows that dedication ceremony, with (from left to right) Orlando’s daughter Grace Burbridge, his widow Anna Orlando, his grandchild Alexia Russo, and Josie Russo. Josie lost her father and her husband in the wreck. She was pregnant with their second child at the time, John Matteo, whom she holds in her arms. He was born in mid May.

Related: The photos here are by The New England Journal of Aesthetic Research. The rest of our extensive photographic coverage of Fiesta can be seen here. For additional perspectives, check out the photos of Jane Cunningham (who writes a lovely Fiesta tribute), Todd Prussman, Sharon Lowe, and, of course, the Gloucester Times and Cape Ann Beacon. A word to the wise for the new North Shore Art Throb: try to avoid writing descriptions of ethnic groups like this: “I feel a bit like a scientist observing chimpanzees at play.” 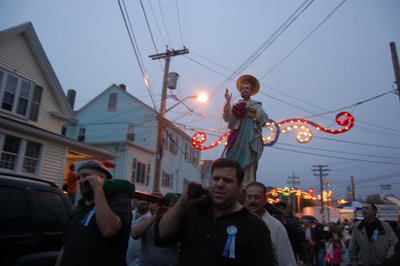 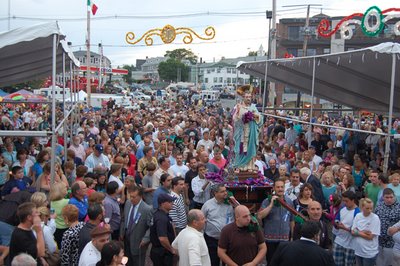 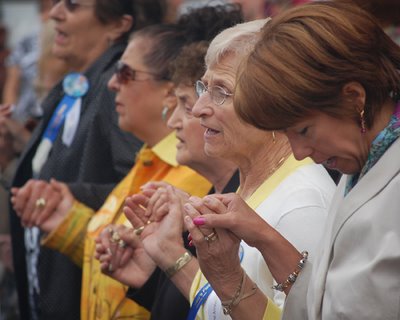 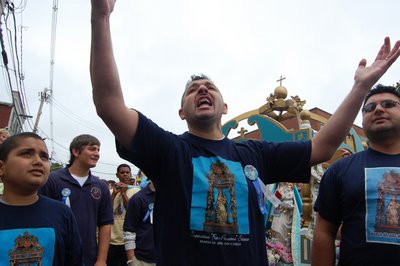 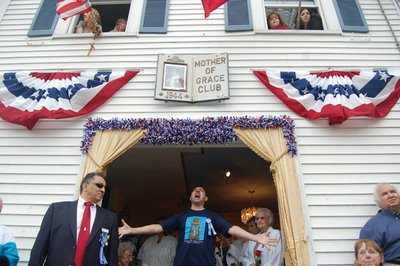 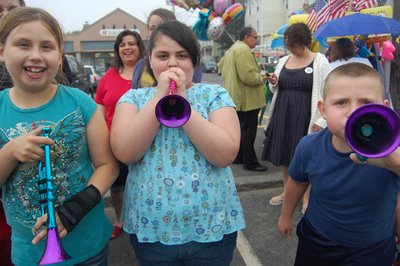 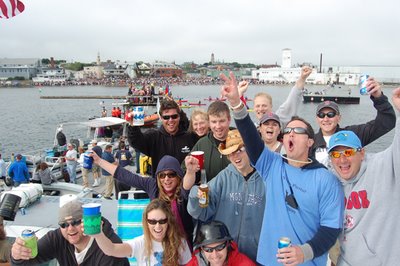 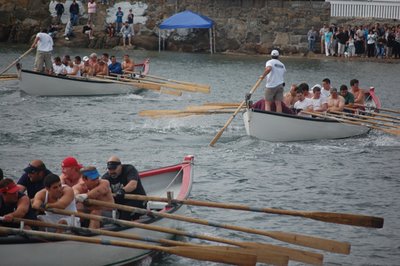 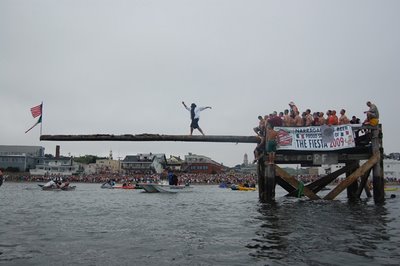 Greg that last picture is an absolute knock out! Impressive as ever.

Also thanks for the tip on the Art Throb coverage. Ouch.

It's nice to know that turning "anthropological" "others" into hypersexualized half-animal, half-humans with strange and alluring rituals has made its way across the centuries into a contemporary art mag. Some traditions are enduring.

I know I exaggerate but the article certainly raises questions for me about the assumed audience. It's likely that at least one of my students will come across the Art Throb piece when conducting research for the Cape Ann Art and Culture project & I wonder how having one's father, brother, cousin, etc. characterized as a chimp at play might feel.

Probably a little like having the pregnancies in one's high school lampooned by the Beverly Farms elite.