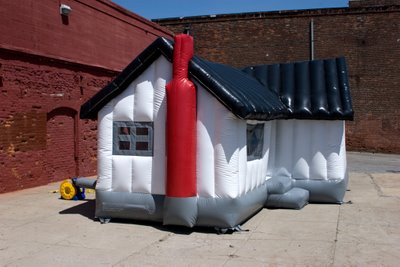 "I am endlessly interested in figuring out what it means to be American," says Colin Williams, a grad student in the digital media department at Rhode Island School of Design in Providence.

His recent project "The Empire" began with drawing an ordinary American house from memory - that he also animated. "Making a scene that seems so familiar and banal feels ever so slightly surreal," he writes. "My original illustration was then sent to a manufacturer in China where I asked them to create a bounce house and asked them specifically to make it how it made sense to them. Through this collaboration, the bounce house is perhaps the most dull and boring bounce house while its function is still completely intact. The everyday becomes spectacular, and the spectacular becomes everyday."

It is scheduled to be on view at the Wassaic Project Summer Festival in New York state from Aug. 13 to 16, 2009. 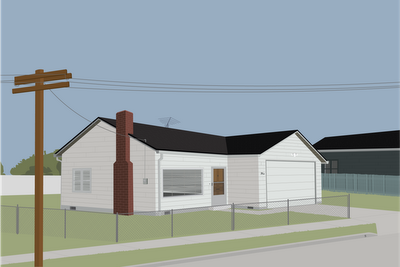 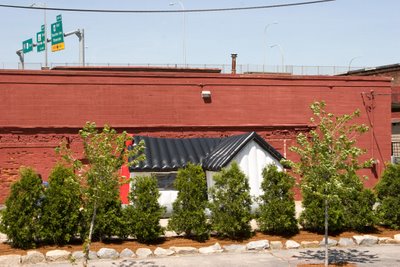 I had the privilege of watching this young man grow up. He's always been a star, to my way of thinking, and it's good to see his subtle vision acknowledged.