“The Golden Age of Dutch Seascapes” at Peabody Essex Museum 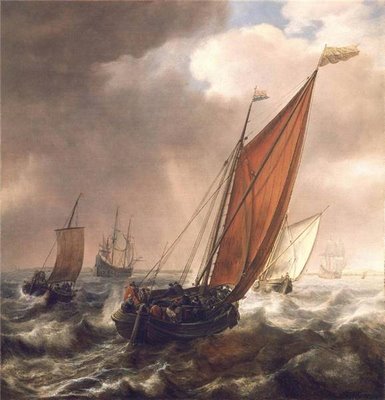 From my review of “The Golden Age of Dutch Seascapes” at Salem's Peabody Essex Museum:

The Dutch emerged at the dawn of the 17th century as a pre-eminent military and commercial power on the sea. They were in the midst of throwing off Spanish rule and developing a shipping empire that would reach from the Americas to South Africa to Asia. Wealth from fishing and whaling and trade in lumber, sugar, porcelain, silk, spices, and slaves poured into the fledgling republic, financing a "Golden Age" of art, science, and commerce.

It was the era of Rembrandt, Frans Hals, and Jan Vermeer. The maps of the Netherlands and Europe lurking in the background of several of Vermeer's paintings suggest the political turmoil, the redrawing of boundaries, that was the backdrop for the calm oases of his domestic interiors. In the Peabody Essex Museum's "The Golden Age of Dutch Seascapes" — which was organized by the National Maritime Museum in England and draws almost exclusively from its collection — seaborne warfare and commerce become the foreground.

Some 70 paintings tell a story of fighting for independence, exploring the world, setting up trading settlements, opening up markets, and shipping home natural resources. It is a composite portrait of the birth of a nation and wealth in the making. 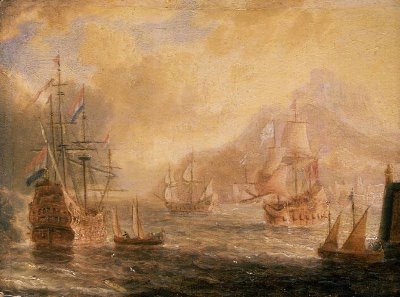 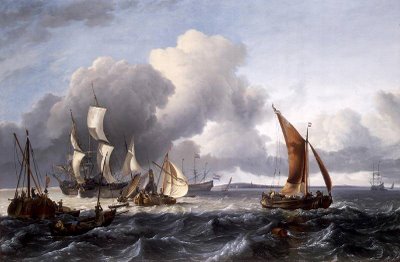 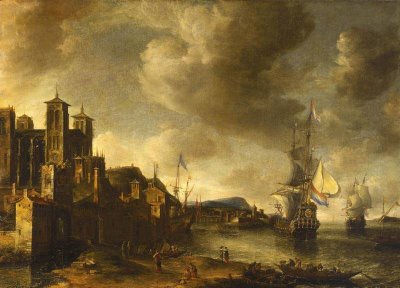 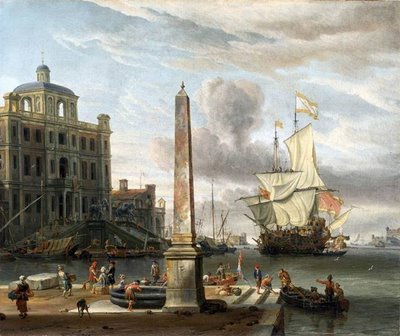 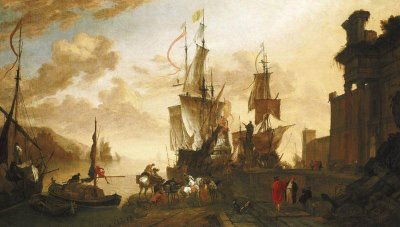 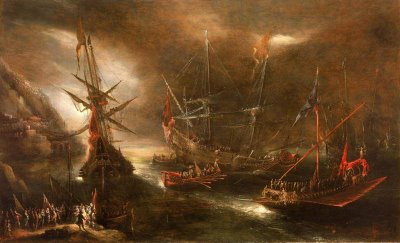 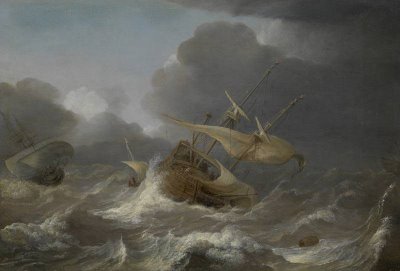 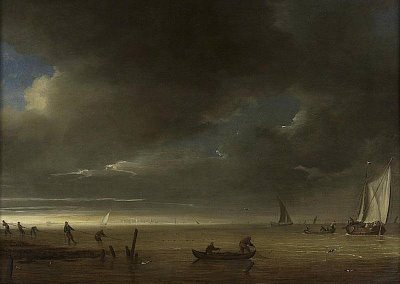 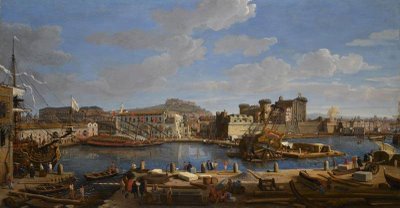 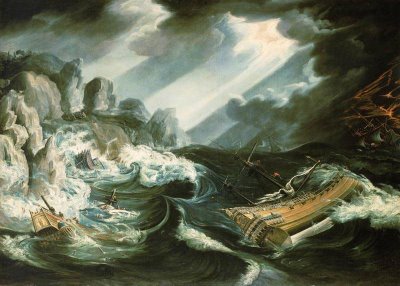 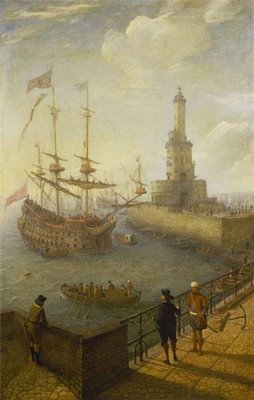