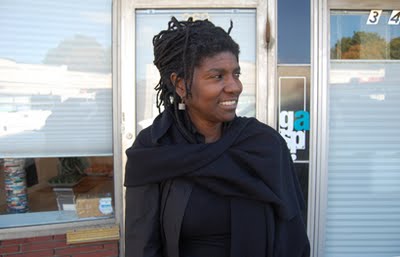 From my report on GASP gallery in Brookline, Massachusetts, celebrating its fifth anniversary:

At the end of August, the seven-month-old Massachusetts Creative Economy Council released its first report on the state of culture here. “Is MA sexy?” one of its subcommittees asked about the Bay State. “People see us as conservative. This needs to be ‘the’ hot place to be.”

“I think that this is not a true portrait of Boston,” says renowned artist Maria Magdalena Campos-Pons (pictured above). “I think that intelligence is sexy. Knowledge is sexy. Curiosity is sexy. Research is sexy. And that is Boston. I don’t find frivolity sexy. I don’t. So it depends what you look at.”

Note that, though her words fit the city’s intellectual life in general, they don’t necessarily describe the Boston art scene. “I made GASP because of that reason,” says Campos-Pons. “I wanted a little more juice.”

GASP is the Gallery Artists Studio Projects, a Boston workspace/gallery she founded with her musician husband Neil Leonard in summer 2004.

“Whatever we don’t have [in Boston] we make,” says Leonard. “And GASP is one of the ways we do that.” 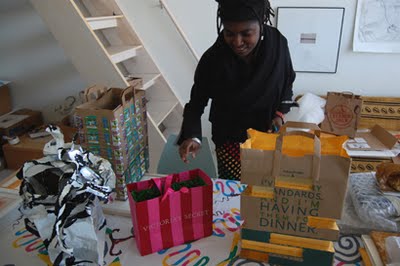