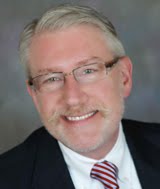 Stephen D. Immerman (left) of Scituate, Massachusetts, has been named president of Montserrat College of Art. He is scheduled to being work at the Beverly, Massachusetts, school, on Nov. 16. He’ll fill the shoes of Helena J. Sturnick (below), who has lead the school since 2007. In August, the school named its new dorms on Essex Street – the first new building construction the school has ever done – after her.

Immerman has worked at MIT’s Resource Development, Academics and Student Affairs Divisions. He is also chair (a volunteer position) of the State University of New York at Potsdam Foundation Board of Directors, where he helped to lead a $12 million fundraising campaign for his undergraduate alma mater.