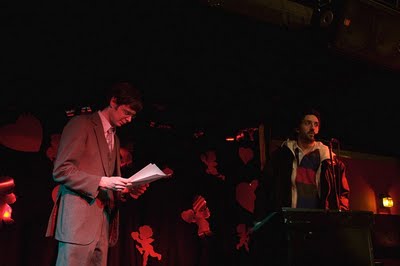 Here (finally) are photos from the 2009 New England Art Awards, which were held at the Burren in Somerville, Massachusetts, on Feb. 8. Thanks to Jane Cunningham for taking these great shots.

Above, Brandeis student Brian Friedberg (right) accepts the people’s choice and critics’ pick award for “public exposure” that was awarded to the Protests of Brandeis officials’ plans to close the school’s Rose Art Museum. Greg Cook (left) of The New England Journal of Aesthetic Research shuffles through his notes.

“When the 2009 New England Art Awards were handed out the other night, the efforts of Brian Friedberg were not overlooked. The Brandeis student took home the Public Exposure Award for his protests to keep the Rose Art Museum from closing. (You’ll recall that Jehuda Reinharz, Brandeis’ president, announced a plan to sell the art and shutter the museum, but that was put on hold after an international outcry.) ‘I accepted the award on behalf of a lot of people,’ Friedberg told us yesterday. ‘We created spectacles that were meant to put pressure on the school.’ As an example, he and his merry band of art lovers hung a huge, homemade ATM sign outside the museum. ‘We were calling attention to the university’s plan to use the museum as a cash machine,’ said Friedberg. ‘And it worked.’” 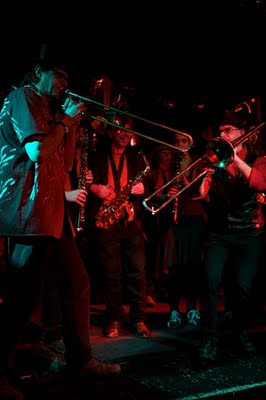 BerkshireFineArts.com: “This is the second annual award list organized by Greg Cook the publisher/ editor of The New England Journal of Aesthetic Research. A gala celebration was held at the Burren in Somerville. You had to be there.”

“On the town” with Artblog.net.

New Bodega: “Greg invented an award and people are excited to win it.” 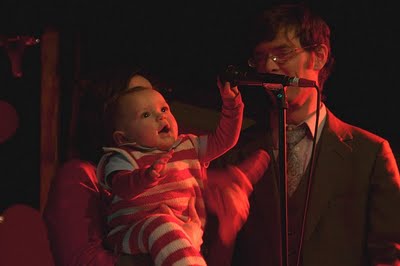 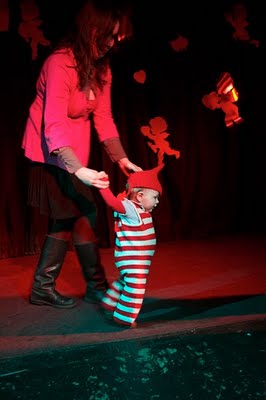 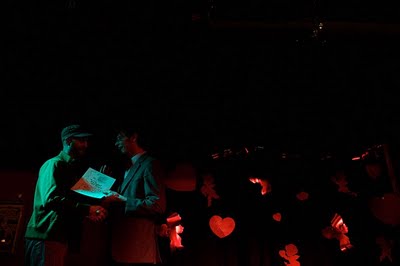 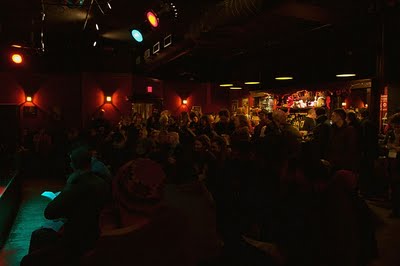 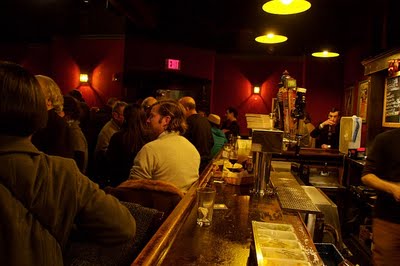 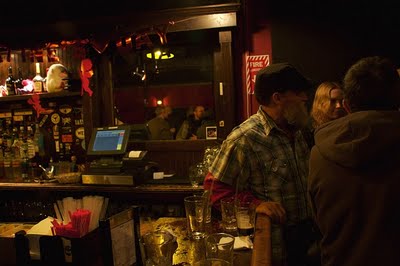 Looks like it was awesome. Wish I coulda made it!