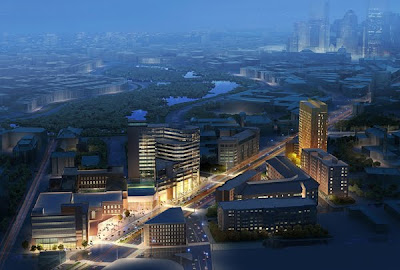 Massachusetts College of Art and Design in Boston has announced a $140 million fundraising campaign to build a new residence hall and Center for Design and New Media, renovate its galleries and campus center, expand its endowment, and increase its financial support for its students. MassArt reports that it already "has reached 63 percent of the $140 million goal."

The proposed renovation of the school's Bakalar and Paine galleries will offer a new more prominent Huntington Avenue entrance to the galleries, which presently are hidden inside the school. The galleries project aims to also construct a new reception lobby; a 125-seat lecture hall; curatorial, receiving and building spaces; and climate control systems. The planned 21-story residence hall on Huntington Avenue, with 493 beds, would double the school's housing.

MassArt aims to increase its endowment from $9 million to $17 million to help fund student financial aid as well as faculty fellowships, staff development, visiting artists, and the school's Center for Art & Community Partnerships.

Additionally, the school aims to increase its fundraising for its MassArt Fund from $1.5 million to $2 million each year beginning in 2012. It's "primary use," according to the school, is student financial aid, but it also supports academic programs and faculty development through research and fellowships.