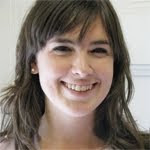 Shana Dumont, assistant director and assistant curator of Montserrat College of Art's gallery in Beverly, Massachusetts, since August 2005, will be leaving in June. Dumont says she's moving to North Carolina to pursue a doctoral degree in art history.

Among the exhibits Dumont organized at Montserrat are "Merging Influence: Eastern Elements in New American Art" in 2007, "Many Kinds of Nothing" in 2008, "Fixed Chaos" in 2009, and "The Morning Exciting," which opens at Montserrat this fall.