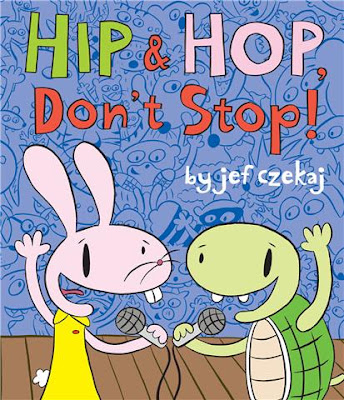 Jef Czekaj, a pal of ours whose comics you might recognize from regular appearances of his "Grandpa and Julie: Shark Hunters" in Nickelodeon Magazine over the past decade, has turned to authoring and illustrating children's picture books. And he's having a free "book reading/dance party for kids" at Brookline Booksmith, 279 Harvard St., Brookline, Massachusetts, at 11 a.m. this Sunday, May 2, to debut his new book "Hip and Hop, Don't Stop!" which is published by Disney Hyperion. It's the story of a slow-rapping turtle and a fast-rapping bunny competing in a big, funny rap-off. Czekaj is a very charming and talented and kid-friendly guy. He says, "I'm gonna read/rap my book, there will be snacks, some sort of activity, and a dance party DJ'd by DJ Pink Sweatshirt (aka T.D. from Big Digits)." 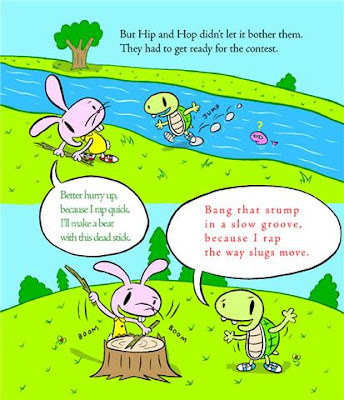