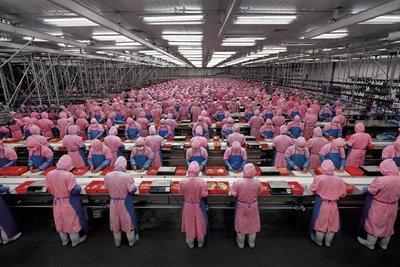 Here’s an excerpt of my review of Toronto photographer Edward Burtynsky’s exhibit “The China Series” at Tufts University:

The standout photo here is "Manufacturing #17, Deda Chicken Processing Plant, Dehui City, Jilin Province" (2005). Thousands of factory workers in pink raincoats, blue aprons, and white masks and boots stand at row after row of long tables cutting up chickens in red tubs. The people seem cooped up, but the pattern of the bright colors of their outfits, seemingly repeating to infinity, gives the image a cheery tone, as if it were some odd musical — maybe a more upbeat, cast-of-thousands version of the Björk-starring "Dancer in the Dark."

“China is the most recent participant to be seduced by Western ideals — the hollow promise of fulfillment and happiness through material gain,” Burtynsky wrote in his 2005 photo book "China." “The mass consumerism these ideals ignite and the resulting degradation of our environment intrinsic to the process of making things should be a deep concern to all.”

Burtynsky’s scenes, however, don’t exactly fill me with concern. Instead I’m dazzled by the ravishing kaleidoscopic patterns, the romantic lighting, the vast scale, and the profusion of detail captured on his large-format film. The 51-year-old often shoots from far away and high above, like a god watching impassively from the heavens. The world may be going to shit, but isn’t it pretty? 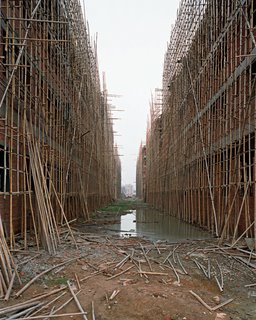 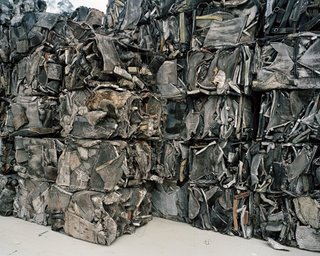 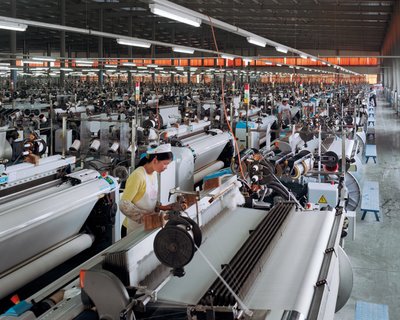