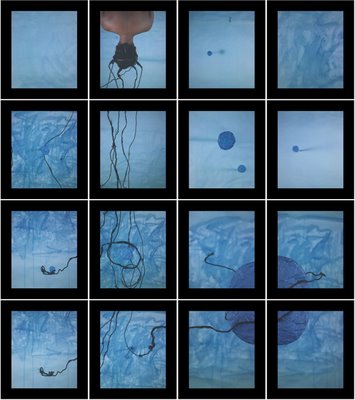 Here’s my profile of Brookline artist Maria Magdalena Campos-Pons, whose retrospective “Everything is Separated by Water” opens at the Indianapolis Museum of Art on Sunday – and unfortunately still doesn’t have a New England venue. (Maybe Brookline Booksmith will have her in for a public talk based on the catalogue?)

Campos-Pons is one of the most inspiring people that I’ve met around Boston. She’s a great artist, but beyond that she’s generous in her encouragement of other artists and dedicated to making the Boston art scene a more exciting place. 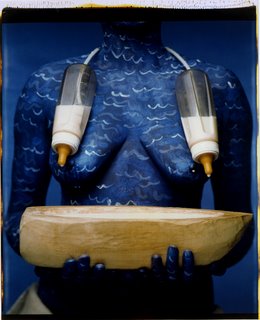 And she’s driven and stubborn enough to make things happen. She founded Gasp gallery, below her studio on Boylston Street in Brookline, in 2004. It specializes in group shows of young experimenting artists and stars from the international art circuit that her own stature attracts. It’s one of the rare galleries in town that isn’t primarily commercial or institutional – which in itself is a telling indicator of the conservativism of the local art scene.

Campos-Pons sees the transformation of Miami over the past decade into one of the major art hotspots of the Americas as a model for what could develop in Boston with the right combination of local determination. (I'm not sure if Miami is a great model to emulate, but...) She notes all the big-deal institutions and museums here and wonders why the intellectual energy they attract doesn’t create more local sparks.

“Maria Magdalena Campos-Pons: Everything is Separated by Water,” Indianapolis Museum of Art, Indiana, Feb. 25 to June 3, 2007. 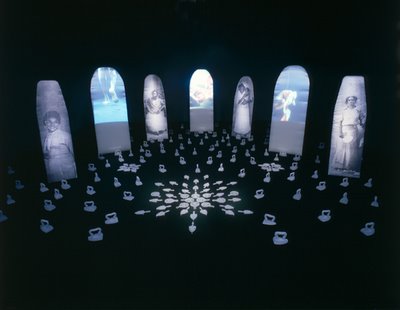