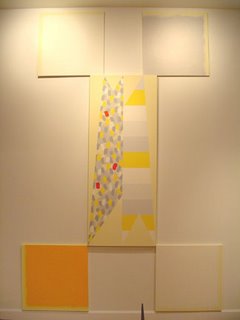 Camellia Genovese of Genovese/Sullivan gallery keeps telling me that Boston’s art scene needs more taking-the-gloves-off. This came to mind the other day when I received an invite from her gallery partner, David Sullivan, that began with these thrilling words: “The exhibition at Genovese/Sullivan this month came into being as a reaction against the newly opened exhibit [“Big Bang”] at the DeCordova Museum.” As he went on it only got better. 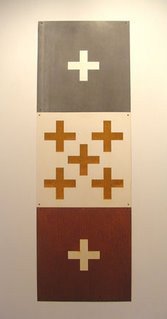 DeCordova curator Nick Capasso’s premise for “Big Bang,” as he told me a month ago, was that “Abstract painting was really moribund, really boring, particularly in Boston” during the early 1990s. But over the past 15 years, as he gushes in the catalogue, it has come “back with a bang – a Big Bang!” How? Apparently by mimicking the look of science and technology.


“Unfortunately in my perception of the 15 artists on exhibit, 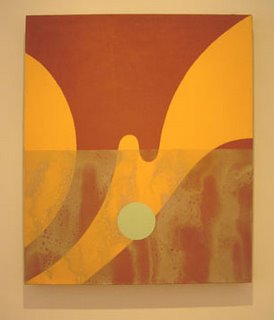 only three were of interest, the others lacked the tension for compelling work,” Sullivan complains. “Rather consistently in the case of these artists elements were simply rather evenly dispersed within the base shape, which was in most cases a square. Done with more or less care, the way one might distribute rock-salt on a sidewalk, arrange ornaments on a tree, or plant bulbs in a garden."

Sullivan continues: “Good abstraction seizes and makes the form that it chooses. The seizing and shaping is the vital life-blood of the work. 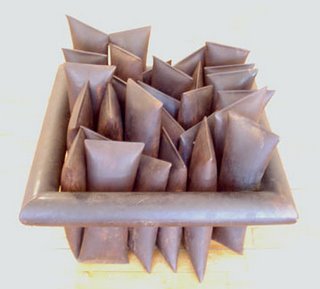 Because lively abstraction of this sort was actively being made during the ‘80s and ‘90s but not very well shown, my partner & myself decided to open a gallery. It seemed important to exhibit a few painters on a regular basis so the public might follow the permutations of their work.”

And so we arrive at Genovese/Sullivan’s new show, “Other Abstraction,” which Sullivan insists, “in spite of this reactive beginning it is anything but a negative show.” Shown from top to bottom are “Other Abstraction” works by 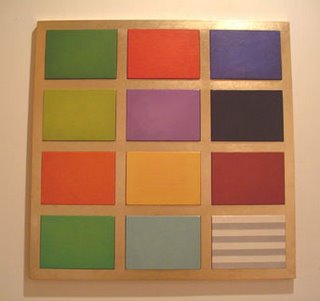 The more I think about “Big Bang,” the more I agree with Sullivan. 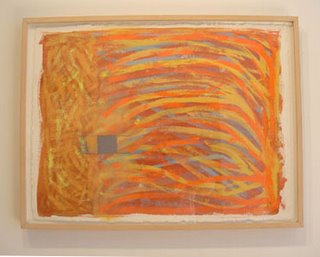 You could cut the show down to Cristi Rinklin, Barbara Takenaga, Julie Miller and maybe Laurel Sparks and I wouldn’t miss anyone. Still "Bang" leaves me with the nagging feeling of things being left out (which I wrote about here), so an exhibit in response is just what’s called for.

And I love Sullivan’s rant – we really do need more of this sort of mixing it up around here. But here’s my problem: I saw “Other Abstraction” the night it opened, nearly a month ago now, and, except for finding Haub’s bright geometric paintings (at left) vaguely amusing, none of it sticks in my head.