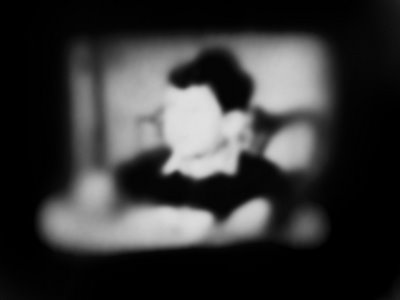 Matthew Gamber’s show of dreamy photograms “This is (still) The Golden Age” at Gallery Kayafas is a trip down memory lane “TV Land”-style. Gamber, editor-in-chief of Boston's Big Red & Shiny and a professor at Savannah College of Art, exposed photographic paper by pressing it against a television screen, capturing sweet blurry black-and-white images of scenes from “Leave It to Beaver” (pictured at top), “Lawrence Welk” (at bottom), “The Price is Right,” and some televised George Bush speech. 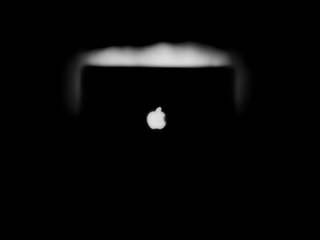 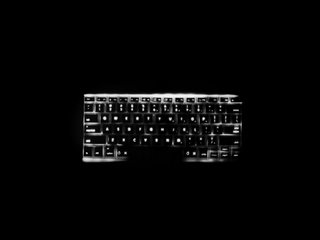 They look like memories as seen with a strum of a harp in soft-focus movie flashbacks. Or TV with your glasses off.

The press release says Gamber “is dealing with recollection and memory, cultural history, and sentimentality.” They don’t get me thinking much about such things, though, because Gamber does little to transform or comment on the images he appropriates. Instead these seem to be about simply reveling in nostalgia and pop culture kitsch – but too high arty to really have fun.

My favorite images here aren’t part of the TV rerun lineup (though they would make lovely advertisements). They're a pair of pictures of an Apple PowerBook computer (above). They show the back of the computer screen with its glowing Apple logo and light glittering across a keyboard – like the lights of downtown skyscrapers at night. 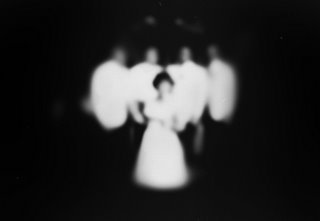