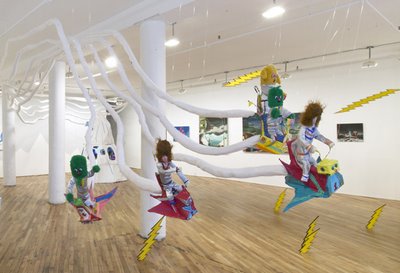 “Momentum 7: Misaki Kawai” presents work by a Brooklyn sculptor whose crafty dioramas (above) have featured dolls colonizing outer space planets, surfing giant waves, etc. They are what the Barbie Dream House would be if Barbie’s taste wasn’t all plastic, manufactured and bimbo. Boston’s Institute of Contemporary Art, March 28 to July 8.

Influential Village Voice critic Jerry Saltz and New York painter and installation artist Matthew Ritchie talk about “the ways in which artists build their worlds, both from the inside out and from the outside in” – whatever the hell that means – at the Boston University School of Management Auditorium, 595 Commonwealth Ave., Boston, at 6:30 p.m., Wednesday, March 28. Free.

“William Wegman-Funny/Strange” at the Addison Gallery of American Art in Andover, Massachusetts, from April 7 to July 31 insists there’s more to the Holyoke native and MassArt alum’s art (above) than Weimaraner jokes.

“Ed Ruscha/Raymond Pettibon: The Holy Bible and THE END,” presents work by two of the cool cats of the Left Coast scene, including a series of lithographs that they collaborated on, at the Worcester Art Museum from April 7 to May 27. 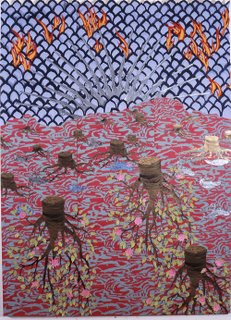 Get snapshots of the art being produced hereabouts in the Portland Museum of Art’s 2007 Biennial, which assembles work by 61 New England artists from April 12 to June 10; “Connecticut Contemporary,” featuring eight Connecticut artists at Hartford’s Wadsworth Atheneum from April 19 to Aug. 12; and the DeCordova Museum's 2007 Annual Exhibition in Lincoln, Massachusetts, from May 5 to April 12. 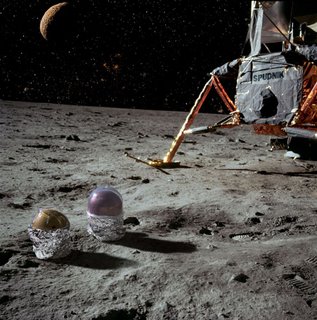 “Fernand Leger: Contrast of Forms,” at Harvard's Fogg Art Museum from April 14 to June 10, 2007, is a tiny show examining Leger’s tinkering with cubism and abstraction between 1912 and 1914.

Tech art or new media art or cyberart (nobody has found quite the right name for this stuff yet) is one of the most distinctive characteristics of the Boston art scene these days. And the Boston Cyberarts Festival, now in its fifth edition, is the big sprawling powwow for local art techies from April 20 to May 6. Highlights include new work by Bostonian Brian Knep and Kanarinka of iKatun; dance performances that explore new technologies; interactive installations by Camille Utterback; talks, music, video screenings, etc. 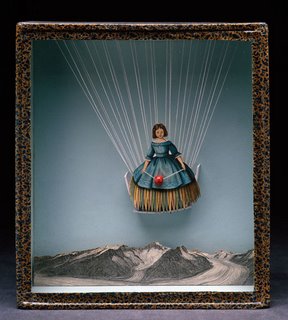 "Joseph Cornell: Navigating the Imagination,” the first major retrospective of the late New York dreamy poetic sculptor and collagist in 25 years, is at Salem’s Peabody Essex Museum from April 28 to Aug. 19, 2007. Organized by PEM chief curator Lynda Hartigan, this should be the big spring historical blockbuster hereabouts. 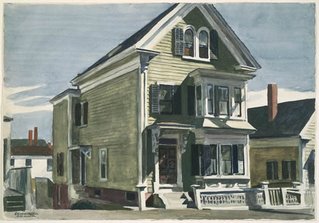 Boston’s Museum of Fine Arts presents its first big blockbuster of the year, “Edward Hopper,” from May 6 to Aug. 19. Renowned for moody (and often clunky) city scenes that hint at stories of urban loneliness and modern exhaustion, the late New York painter also produced major work while summering on Cape Cod and at Gloucester. “Anderson’s House” (1923), pictured above, is from one of Hopper's Gloucester trips.