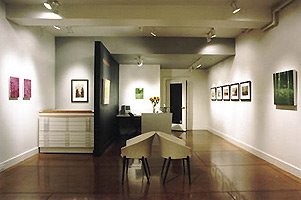 Pepper Gallery, after operating for 15 years on the fourth floor of 38 Newbury St., will close at the end of this month.

“I’m leaving the space but I’m continuing in some way,” owner Audrey Pepper said today. “I want to leave my options open and be able to meet a lot of interesting people and see where the business is going to go.”

In February, the New England chapter of the International Association of Art Critics awarded the Boston gallery both first and second place in the “best monographic show in a commercial gallery” category.

But Pepper said that her current five-year lease will expire at the end of May and with the economy struggling it seemed time to consider something new. “The business is very different now [than it was 15 years ago]. Foot traffic is down,” she said.

Pepper, who was a private dealer before opening the gallery, declined to discuss what specific options she was considering for the future, but said she plans to continue working in the field, retain clients and maintain access to artists.

“I’m not disappearing,” she said.

Related:
My review of Nicholas Kahn and Richard Selesnick show at Pepper Gallery in May 2007, which won one of the AICA awards.