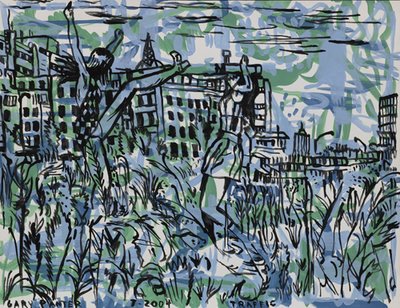 Yesterday I posted a link to my review of Gary Panter’s exhibition “Daydream Trap” at the Aldrich Contemporary Art Museum. Here are excerpts from a public talk he gave at RISD on Sept. 20, 2006:More wisdom from Gary Panter tomorrow.