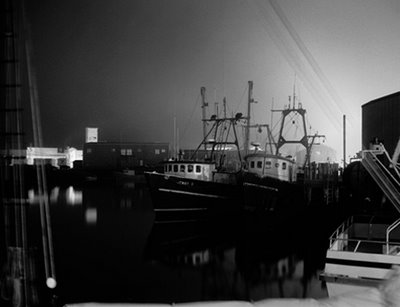 Watching my Gloucester photographer pal Ernest Morin’s “Sight Lines” slideshow at Gloucester City Hall Thursday night, I was struck again by how comprehensively and richly and honestly he has captured the city of Gloucester. It starts with his sharp eye (note the careful arrangements of lines and shapes, the use of signs to comment on the scene) and technical excellence, and winds up with him getting so deep into the marrow of the community that his photos, as a group, seem (even to Gloucester’s residents) like some essence of the city itself.

We don’t have artist laureates, but if we did, Morin would have to be the artist laureate of Gloucester. It is rare for an artist to be so thoroughly and successfully engaged with the nature of a community. In Gloucester, it’s something of a tradition – from painter Fitz Henry Lane to poet Charles Olson to photojournalist Charles Lowe to poet laureate Vincent Ferrini (a great character, excelling more as a laureate than as a poet, who died last December). There is something about Gloucester being big and complex enough to be a city, but also finite because it is ultimately an island (there are only two roads – bridges – in or out of the place) that make it seem both intriguing and possible for a person to know it in its entirety (or at least feel they do). Its artists are drawn to take up this challenge.

Morin grew up in Gloucester, lives downtown, and haunts its streets. He’s come to know the city as a boy and as a man, to know it with his feet and his camera. The result – if I may be allowed a pretentious literary allusion – reminds me of a passage from T.S. Eliot’s (who summered in Gloucester while growing up) “Little Gidding”:

“We shall not cease from exploration
And the end of all our exploring
Will be to arrive where we started
And know the place for the first time.” 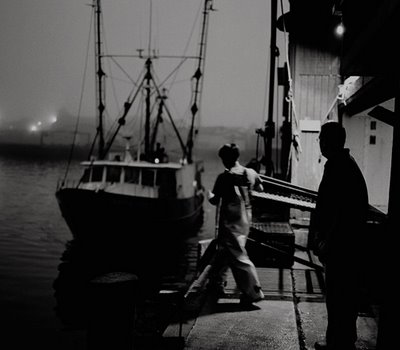 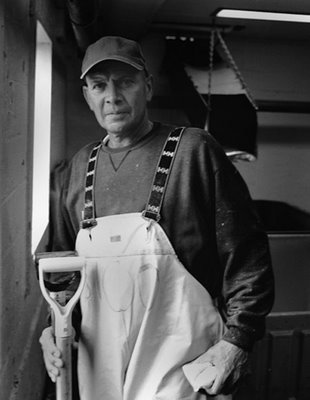 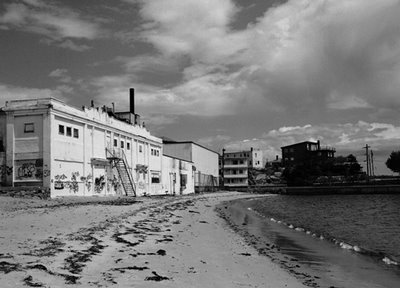 Greg, That's a lovely post on Ernie. You really situate him in Gloucester and give the work context. I just wish more people outside of the city were familiar with his work. I agree with you about his being the "artist laureate" of Gloucester-and he's certainly a poet too when you consider the incredible imagery and his sense of place and time. Great job! Peter Anastas