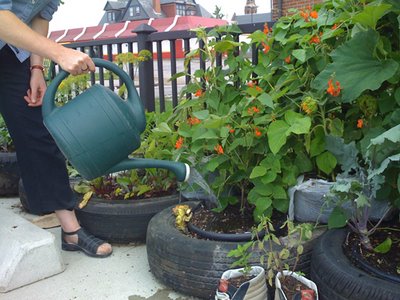 From my preview of ProvFlux V:

Feeling lucky? It’s a question to ask yourself when you consider attending the fifth annual ProvFlux art festival, which begins in Providence on August 7.

“Part carnival and part conference,” the event’s Website explains, “ProvFlux brings together artists, theorists, urban adventurers and the general public to share their visions of what the city can be, and to take action to make it a reality.”

This year’s, ahem, schedule includes a naked bike ride, urban gardening, lectures, yoga, kickball, and parties. Everything is free and open to anyone who would like to participate. But as of press time earlier this week, the lineup of participants, times, and even locations was still in flux.

Thanks for the notice, Greg. Did you get a chance to encounter some provfluxing? More on PF and Green Zone here: http://greenzonegarden.wordpress.com/

Thanks for the mention! Did you encounter any provflux by chance or on purpose? More on Green Zone http://greenzonegarden.wordpress.com/