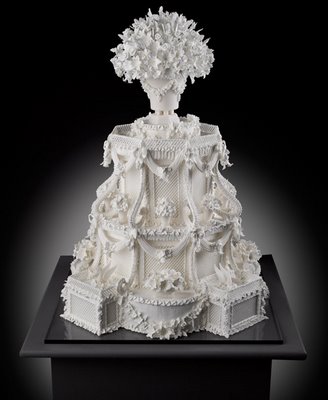 From my review of “Wedded Bliss: The Marriage of Art and Ceremony” at the Peabody Essex Museum in Salem:

Picture two wedding dresses. On the left is a slinky Vera Wang number from 2004. It’s a sleek, strapless couture creation in satin and silk jacquard, with white-on-white stripes that wrap around it and show off the lady’s curves. It looks like something Cat Woman would wear on her special day.

On the right is a prim, pleated, hand-sewn white cotton dress that Sarah Tate wore when she got married, probably in the 1840s, maybe in Texas. It’s as plain as the Wang dress is flashy. What’s extraordinary about it is that Tate was an African-American slave. It’s a rare surviving relic from a time when slaves could not legally wed but some owners allowed them to marry informally. Wow.

What we have here in the opening gallery of “Wedded Bliss: The Marriage of Art and Ceremony” at Salem’s Peabody Essex Museum is a show that stretches from va-va-voom to the solemn roots of marriage in our culture. And maybe says a bit about — if I dare be so grand — the magical, irresistible force of love. 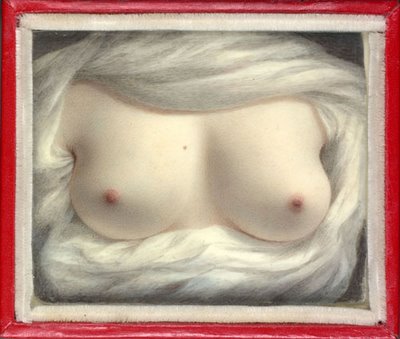 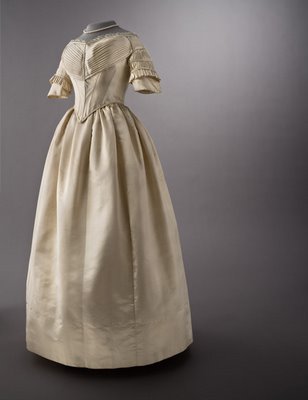