Dorchester sculptor and conceptual artist Andrew Mowbray turns LaMontagne's back gallery into an austere white-on-white cell filled with artifacts (that he's made) displayed with museum-style labels.

A couple of photos show him pouring wine onto the sidewalk outside the Museum of Fine Arts, "paying tribute to the objects contained within the museum collections." His re-creation of an iconic, spare Arts and Crafts Morris Chair by Gustav Stickley stands on a lit-from-within pedestal. A couple of lit-up cases on the wall display remarkable re-creations of ancient arrowheads and stone tools.

These and the chair are fashioned from cut, carved, and routered white polyethylene. (Think: synthetic kitchen cutting boards.) Mowbray is a master craftsman, but his content doesn't always live up to his formal chops. His hair-cutting-and-fishing-fly-tying performance inside an Art Nouveau diving bell (that he'd beautifully crafted) at Space Other in 2007 was a mysterious meditation on masculinity, and one of the best local shows of that year. But his focus here on museum culture feels insular and dull.

Still, there's potential in his ruminations on handcraft via the chair and arrowheads. The Arts and Crafts Movement was a 19th-century return to craft as a rejection of the dehumanizing Industrial Revolution. Our current crafty movement (which includes traditional knitting or embroidery turned to fine-art ends) reflects a similar effort to come to terms with all our digital, synthetic, manufactured stuff. Mowbray's sculptures nod toward both sides of this split; they're so expertly handmade, they look like something extruded from a machine. Big ideas are lurking here, but the sculptures don't yet embody them. 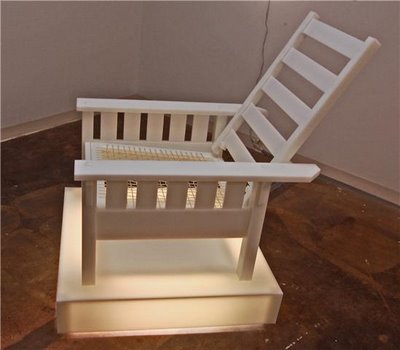 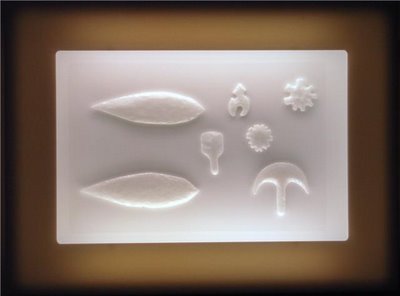 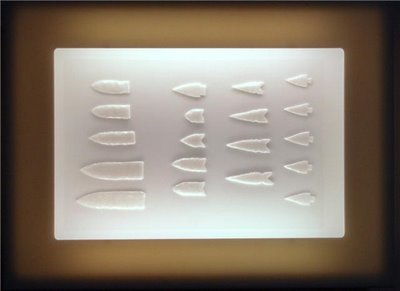 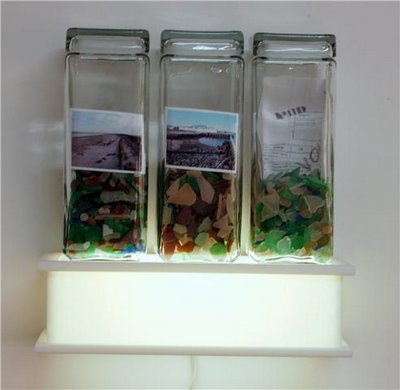