The end of the Rose? 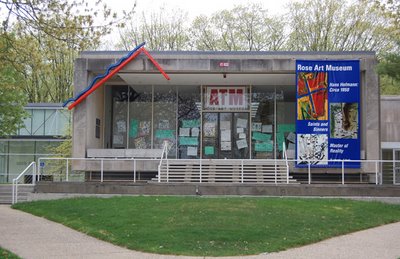 From my report on Brandeis's Rose Art Museum:

Is one of New England's great regional museums about to bite the dust, its storied collection scattered to parts unknown? Back on January 26, Brandeis University administrators provoked international outrage when they announced their intention to close the Rose Museum and sell its art in order to bridge university budget deficits stemming from the worldwide economic crisis. That deadline is now upon us, with the current exhibitions scheduled to end this Sunday, May 17. But the future of the Rose — and its collection, which includes a blue-chip roster of post–World War II American art by the likes of Philip Guston, Jasper Johns, Ellsworth Kelly, Willem de Kooning, Roy Lichtenstein, Robert Rauschenberg, and Andy Warhol — is still murky.

"As far as I'm concerned," says Rose director Michael Rush, "the historical Rose Museum as we have known it closes May 17." With it will go a tradition of groundbreaking programming that was launched when the museum opened 48 years ago.

Museums sell off art all the time, but professional standards dictate that the proceeds be used to build the collection — not to cover institutional operating costs. Institutions of higher learning — especially at the Brandeis level — are supposed to be above sacrificing their academic reputations for ready cash. And they're expected to observe the spirit of the agreements by which they receive donations of valuable art.

Brandeis administrators have since made noises about not closing the Rose. Shows from the collection are in the works for July and the fall. Then, who knows? The administrators say they're awaiting recommendations from the Future of the Rose Committee; those are expected this fall. But Rush and museum administrator Jay Knox will definitely be leaving, and parts of the collection may yet be sold, though it's unclear what or how much.

We Americans are still having trouble understanding the scope of our financial crisis. As layoffs mount, as newspapers shut down, as major banks and auto manufacturers collapse, as even Harvard makes cuts because its $36.9 billion endowment has lost a third of its value, we still tend to view what's happening as a recession (difficult but manageable) rather than something scarier (bedrock institutions croak). The Brandeis decision may be an early sign of panic. 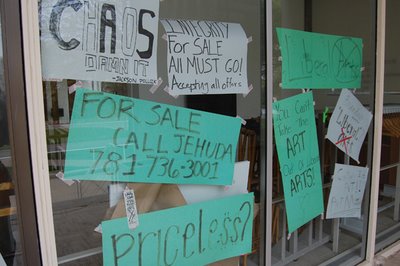