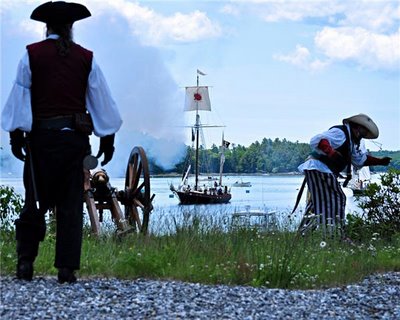 Pirates rampaged through Damariscotta, Maine, during the "Pirate Rendezvous" on Saturday. Here are a couple photos that Darlene Terry of Bristol took at the event (and kindly allowed us to reproduce) – the one above is particularly striking. (Many more of her shots are here.) The marauding pirates arrived by boat, then visited the “Pirate Bazaar,” and took in children’s games and the like.

The event was organized by Greg Latimer of the Mystic Pirates to raise money for the Lincoln County Family Holiday Wishes food and gift drive. Will it be long before we see giant pirate extravaganzas catch on widely?

Boston held its annual Pride Parade that same day, but as you can see in Andrew from Boston’s photos here the level of creativity exhibited didn’t hold a candle to the Maine pirates.

Related:
Zombies rampage in Portland as well as Cambridge and Somerville. 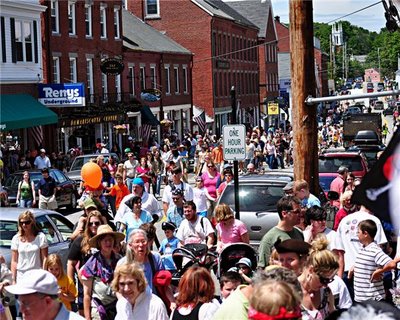