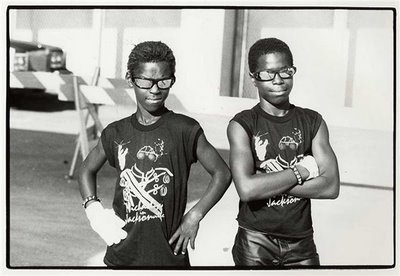 From my review of Watertown photographer Joshua Touster’s “On the Road with Michael” exhibit at Boston’s Panopticon Gallery:

After Michael Jackson's death on June 25, Panopticon Gallery quickly assembled a show of Joshua Touster's photos of Jackson's 1984 Victory Tour. The Watertown photographer focuses on the fans and the commerce surrounding Jackson, then at the peak of his success after his 1982 album “Thriller.” The most memorable of the 10 photos here shows two boys in Jacksonville wearing matching sunglasses, studded wristbands, Jackson gloves, and T-shirts saying, "Michaelized in Jacksonville." It's their expressions, their postures: defiant, laid-back, cool.

Read the rest here, at the end. 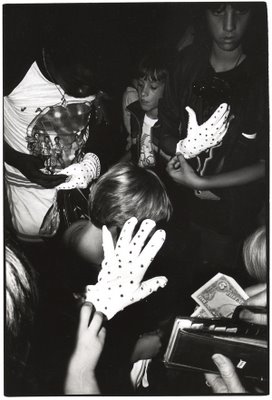 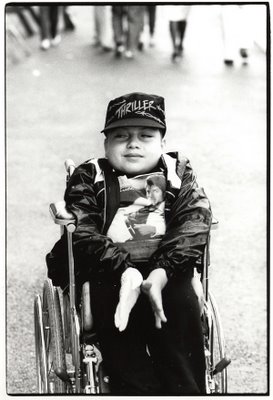 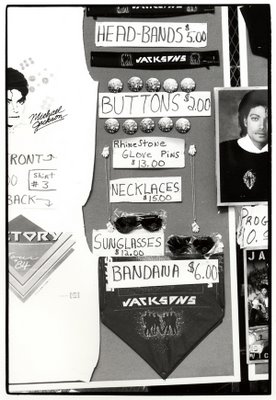 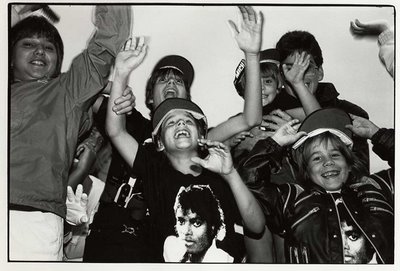