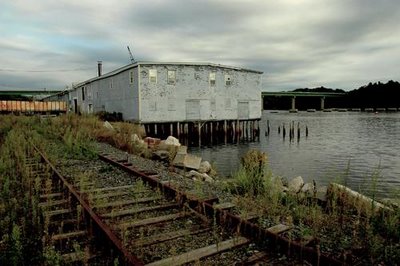 When photographer Liv Kristin Robinson first moved from New York City to Belfast, Maine, in 1986, what grabbed her eye was the town’s 19th century houses. But two years later, she bumped into photographer Berenice Abbott (1898-1991), who had done major work in New York and Boston before settling in Maine in the 1960s. At a local gallery opening, Robinson writes, Abbott encouraged her to photograph “what was really important: Belfast’s vanishing industrial waterfront."

Robinson’s exhibit "Evolving Waterfronts of Belfast, Rockland & Portland” at the Belfast Free Library this month shows how she took Abbott’s suggestion to heart. She photographed the changing harbor in black and white silver prints that she hand-colored, until she switched to digital photography in 2004 and expanded her territory.

"I found rich subjects and history again disappearing from view," Robinson writes. " And I soon discovered that with some small adjustments—such as subtly tweaking hues and saturations, brightness and contrasts even adding brush-strokes and carefully choosing weather conditions and times to shoot – I could continue to emotionally color my images while taking advantage of digital image-making." 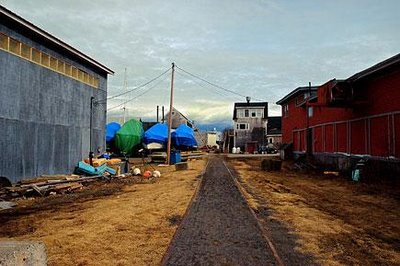 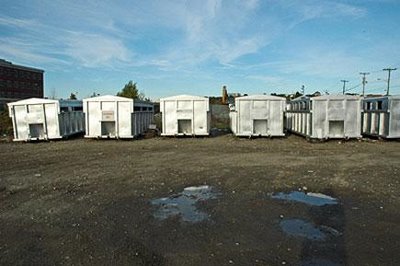 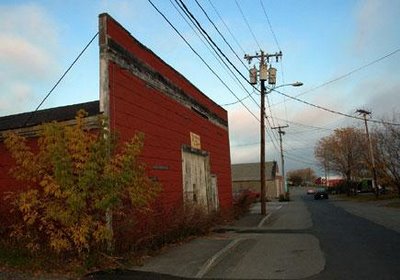 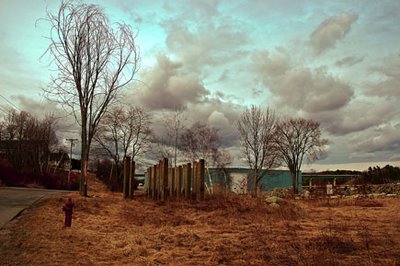 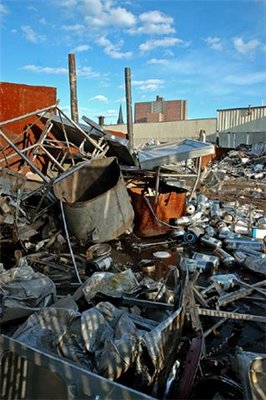