Art of the Mohawk Trail

Travel out west along Route 2 in Massachusetts and you’ll find a strange and wonderful collection of Native American-themed roadside sculptures and paintings.

The route is officially designated as a “scenic highway,” known as the Mohawk Trail. It grew out of what was once a footpath used by the Pocumtuck of what is now Massachusetts and the Mohawk of what is now New York. Later English settlers used the route to get between Boston and Deerfield and Dutch settlements in New York. Benedict Arnold traveled it on his way to capture British Fort Ticonderoga in New York in 1775 and seize the canons used to drive the British out of Boston.

That’s the history that this roadside art taps into. Sort of. It’s that “sort of” that makes this art most interesting, because that gray area between fact and fiction aptly reflects how European-Americans tell and confuse and warp the story of their (our) long, fraught relationship with Native Americans.

A plaque proclaims that the “Hail to the Sunrise” monument was erected “in memory of the Mohawk Indian. The Mohawks of the Five Nations began to settle in New York state in 1590. And for 90 great suns they fought the New England tribes. The New York Mohawks that traveled this trail were friendly to white settlers. Erected by the tribes and councils of the Improved Order of Red Men, October 1, 1932.”

Below the statue is a rock-bordered wishing well with each stone bearing the name of a Red Men lodge. The group, a patriotic fraternal organization unaffiliated with actual Native Americans, claims its members were some of the folks who dressed up as Mohawk Indians and dump tea into Boston Harbor in 1773, you know, the Boston Tea Party.

Photos by The New England Journal of Aesthetic Research, except for the shot of “Hail to the Sunrise,” which is from Wikipedia by ToddC4176 and is reproduced here under a Creative Commons license. 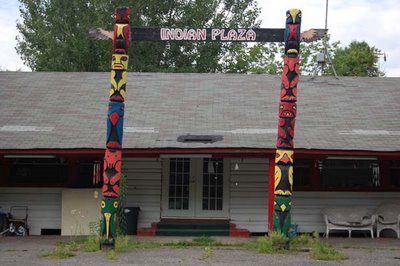 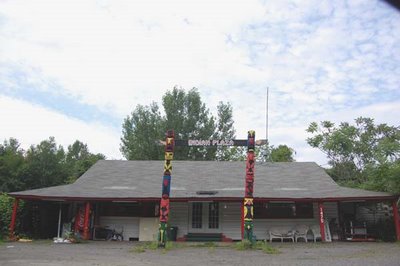 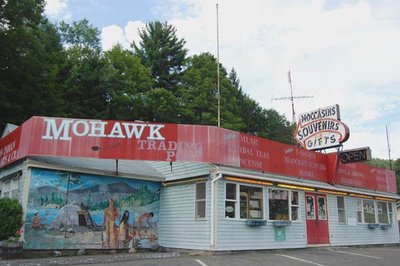 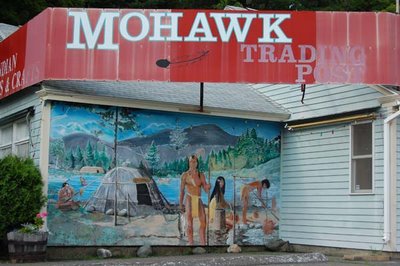 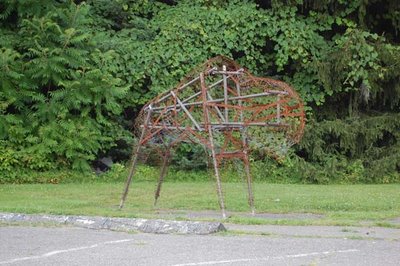 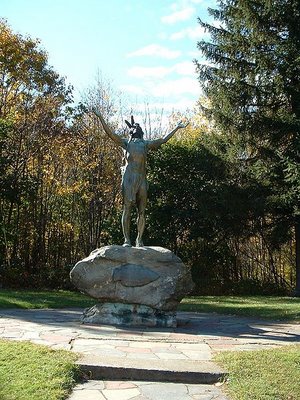