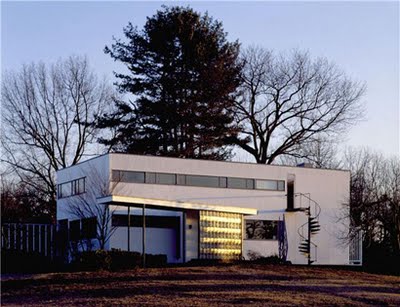 From my review of the Gropius House, which is operated by Historic New England, in Lincoln, Massachusetts:

A landmark example of High Modernist design can be seen in the modestly sized New England home of Walter Gropius (1883–1969), which he built, in 1938, at 68 Baker Ridge Road in Lincoln, when he moved here from Germany (after a stopover in London) to become head of Harvard's Graduate School of Design.

Gropius, who founded the legendary Staatliches Bauhaus school of design in Weimar in 1919, was best known for the groundbreaking urban, factory æsthetic he devised for two German projects. Both the 1911-'13 Fagus Works (an affiliate of United Shoe Machinery Co. in Beverly) and the 1926 Bauhaus buildings in Dessau, Germany, are characterized by large, gridded exterior expanses of steel and glass.

When he built here, Gropius wrote that "I made it a point to absorb into my own conception those features of the New England architectural tradition that I still found alive and adequate." But his house — vertical redwood siding versus horizontal bands of windows, a flat roof, all straight lines and rectangles — feels like an argument with the surrounding meadow.

Gropius House, 68 Baker Ridge Road, Lincoln, tours are Wednesday through Sunday through October 15, and then weekends during the rest of the year.

All images are courtesy of Historic New England. 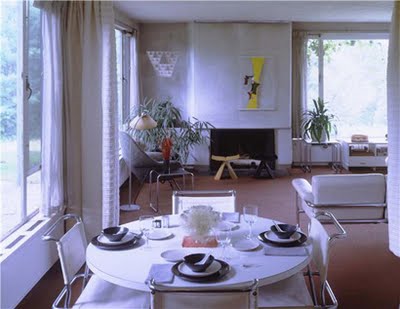 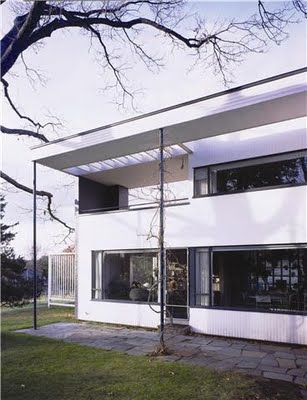