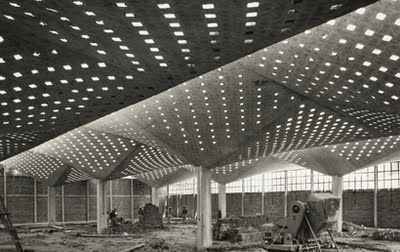 From my review of “Félix Candela: Engineer, Builder, Structural Artist” at the MIT Museum in Cambridge:

Looking at the wavy roofs of Félix Candela's most iconic structures, like the restaurant Los Manatiales (1958) in Mexico City, I think of pinwheels or the fluttering dress of a spinning dancer. The curves are so graceful, sexy, and gravity-defying that you don't have to recognize the technical marvels built into them to be swept away.

But as "Félix Candela: Engineer, Builder, Structural Artist" at the MIT Museum explains, they are engineering feats. Los Manatiales fans four hyperbolic paraboloids — saddle shapes — to span a 106-feet-wide dining area without any support columns. Perhaps what's hardest to believe is that Candela's thin-shell reinforced-concrete roofs are typically just 1.5 inches thick. In comparison, Eero Saarinen's spaceship-like dome for MIT's Kresge Auditorium (1950-'55) in Cambridge — considered the first large-scale concrete-shell building in the US — varies in thickness from 3.5 inches at the apex to 18 inches at the base.

Candela's roofs are so thin that the models here sometimes wind up being three times thicker, by scale, than the actual structures. It seems impossible, and crazy. But after half a century, the structures are still standing. 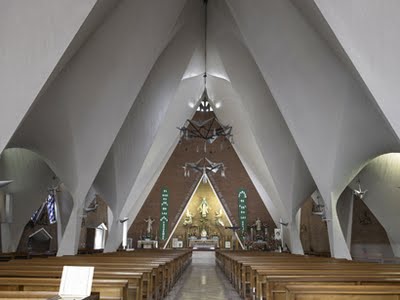 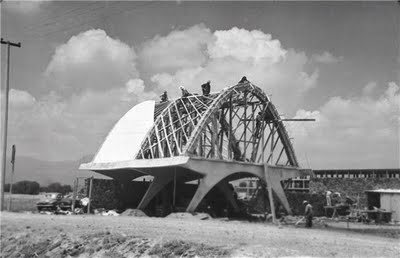 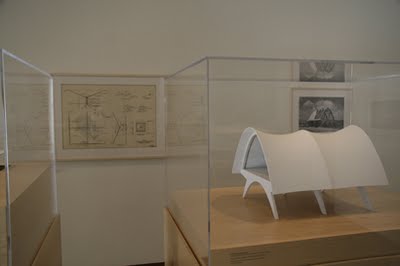 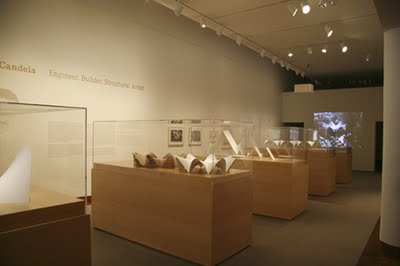