The art of Dan Moynihan, a cartoonist and illustrator (and friend of mine), often features magically transforming characters and visual puns in which, say, Princess Leia’s hair buns somehow become space stations under attack by Tie-Fighters. It speaks of unseen possibilities in the world – and unseen possibilities in drawing. “I would say that’s a big theme for me,” Moynihan tells me, “believing that there’s more possibilities than seem obvious or that you would usually think of.” I recently interviewed the Brookline, Massachusetts, artist about his paintings and drawings which were on view at Somerville’s Sherman Café in September. Here are some excerpts: 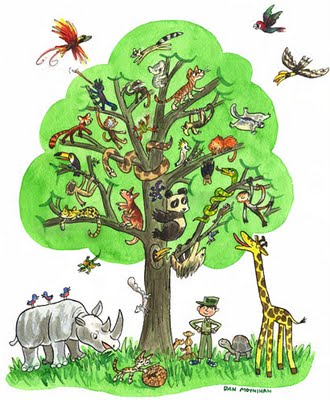 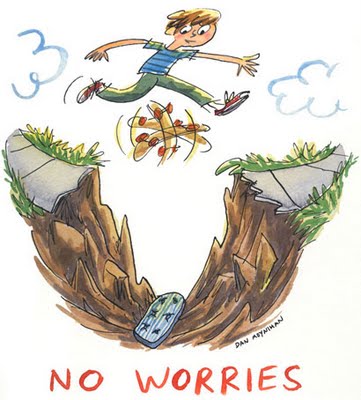 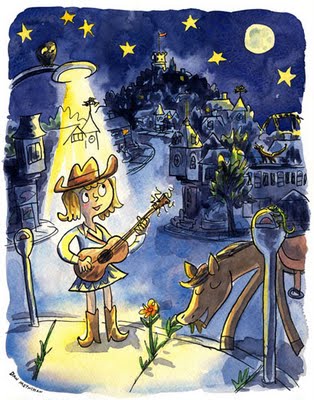 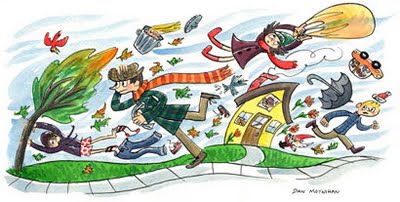