From our review of the installation "Zugunruhe" at Brown University's Bell Gallery by Rachel Berwick, who chairs RISD's glass department and resides in Killingworth, Connecticut:

Rachel Berwick's art is concerned with conjuring ghosts — in particular the spirits of creatures or peoples near extinction or already died out. Her conceptual art installations — like her new piece "Zugunruhe" at Brown University's Bell Gallery — hover somewhere between monument and séance and Jurassic Park-style resurrections of the disappeared.

"There's a common theme that runs through all of my work," Berwick tells me, "and it is working primarily with the notion of loss and our desire to recover that which is lost. And then following that through, the impossibility of that, but the importance of the attempt to recover even in the case of probable failure."

In one past work, Berwick has produced 3D renderings of a Tasmanian tiger based on a brief film of one of the critters before the species went extinct. Another time, she taught parrots the language of an extinct Venezuelan native people, a language said to have only survived to be recorded by a German naturalist in 1799 because when a neighboring tribe's raid wiped out its last human speakers, the attackers took their victims' parrots, which remembered their language. 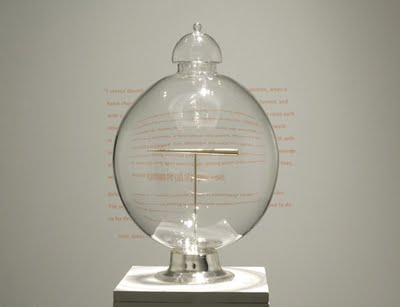 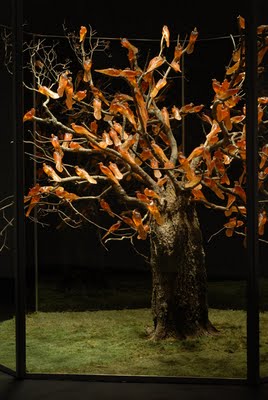