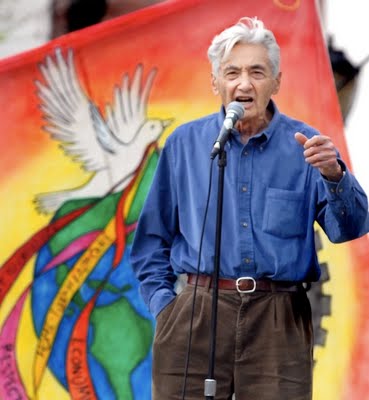 Howard Zinn of Auburndale, Massachusetts – the World War II bombardier who protested the Vietnam War, the Boston University historian whose 1980 book "A People's History of the United States" told the other side of our great country's history, from the crimes of our establishmentarians to the often hidden heroism of our striking workers, civil rights activists, feminists and on and on – died today while traveling in California. He was 87.