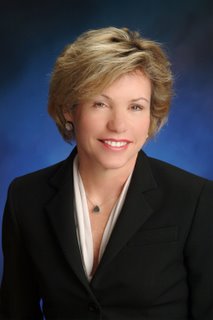 Welcome to Anita Walker, who the Massachusetts Cultural Council today announced has been named its new executive director. She begins work May 14, filling the shoes of Mary Kelley, who retired in March after serving as the state arts agency’s chief for 11 years.

Walker, who turns 54 this month, served as director of the Iowa Department of Cultural Affairs from 2000 until the start of this year. The MCC announcement notes that she is a proud member of Team Creative Economy: “During her tenure in Iowa Walker engaged more than 400 state and local businesses to consider the role of the creative sector as a driving force in economic development, in part by leading the first comprehensive study of the state's creative economy. The study was hailed by economist Richard Florida, author of ‘The Rise of the Creative Class,’ as a significant advance on his work in this area, and resulted in several key regions of the state incorporating arts and culture in economic planning efforts.”

Walker’s hiring fills the second major vacancy at the MCC since Democrat Deval Patrick won the state’s governorship last November. Peter Nessen, the president of the MCC’s 19-member board, recently resigned and was replaced by Elyse Cherry. Just like Kelley, he led the agency during the 11 years Republicans coincidentally happened to control the state’s executive branch.

So I’m assuming it’s just another funny coincidence that Dan Hunter, another proud member of Team Creative Economy and head of Massachusetts Advocates for the Arts, Sciences and Humanities, the chief arts lobby in the state, is, like Walker, a former director of the Iowa Department of Cultural Affairs. Go Hawkeyes!

Anita Walker is strikingly beautiful. May her leadership be as blessed as her looks have been. Wow!