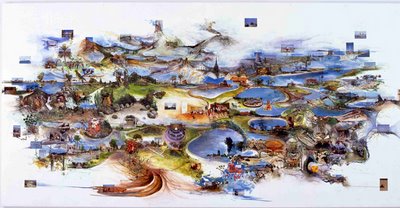 I ain’t too hot for Holyoke-native, New York-based William Wegman’s “Funney/Strange” retrospective at the Addison Gallery in Andover. (Here's my review.) The recent stuff like 2003’s “The Tilted Chair” (above) is interesting – a fantasyland of collaged vintage postcards with linking sections painted in between.

It begins to tap something deep: saccharine middle class easy-listening American notions of paradise and civic pride. You have to see it in person, at 16 feet wide there’s no way to get it in reproduction.

But a lot of the exhibit is just artsy fartsy ruminations on perception and semiotics. The jokes mostly aren’t funny – except in the mildest, safest, lamest sitcom way. And the Weimaraners are as schmaltzy as you remember.


Like the Addison’s recent shows of Chuck Close and Jennifer Bartlett, the Wegman show is most interesting for how it traces a 1970s artist leaving the fundamentalism of minimalism and conceptualism and returning to representation – though he never totally abandoned the faith. 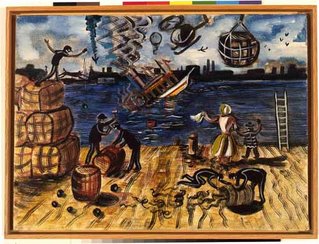 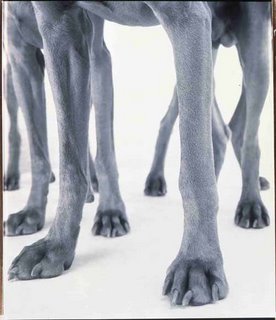