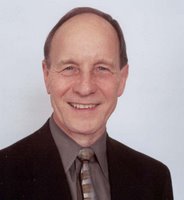 Montserrat College of Art President Stan Trecker plans to leave the Beverly school in June after leading the private institution for five years. According to a press release, he’s leaving to take a job closer to his Boston home.

Trecker ran BU’s Photographic Resource Center from 1980 to 1991, before becoming president of the Art Institute of Boston, which he ran until he took charge of Montserrat in June 2002.