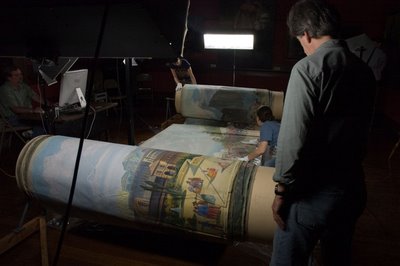 Two years ago, Brown University’s John Hay Library received an enormous gift: a 273-foot-long 19th century panoramic painting depicting the dashing exploits of Italian patriot Giuseppe Garibaldi. Historic panoramas, often of battles, were popular in the 19th century, but few have survived. So this was not only a big gift, but a rare one. The problem with an enormous piece of art, though, is where to do you put it? The answer, naturally, is online.

You can read the rest of my report about the Garibaldi Panorama here.

Check out the Garibaldi Panorama yourself at Brown's panorama site. Here’s a Brown press release. Here’s a July essay on Garibaldi the man from The New Yorker.

Pictured at top: Brown staff and an outside contractor photograph the painting 6 feet at a time in July. Pictured below: “Garibaldi Defending Rome” from the “Garibaldi Panorama.” 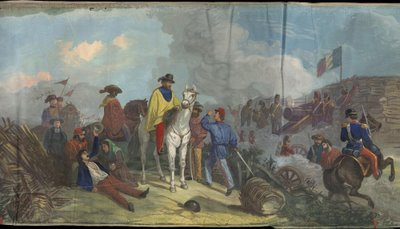