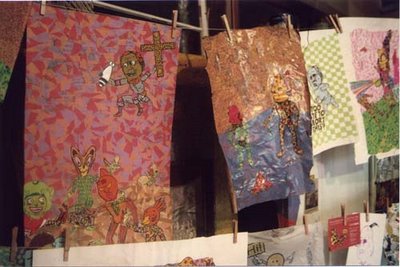 Earlier this week I posted a link to my review of “Human Mold: New Growth by Brian Chippendale” now at Stairwell Gallery in Providence. Yesterday I posted the first half of my May 16, 2008, interview with Brian Chippendale. Here are the concluding excerpts:
Also check out photos of Chippendale's studio.

this is awesome!! these quotes and photos are great!! thanks for conducting this!!